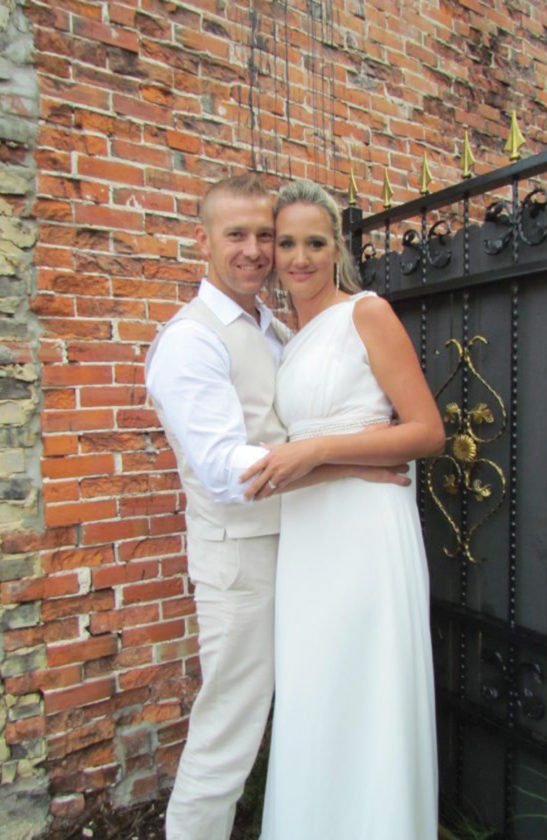 Danielle Fowler and Matthew Peters exchanged their wedding vows Aug. 4, 2017 on the shores of Lake Michigan in Ludington State Park.

The bride is the daughter of Bob and Diane Harmon of Brooklyn, Mich., and the groom is the son of Tom and Anne Peters of Alpena.

Attending the couple were their children, Alyssa, Kayle, Shaylee and Logan. Witnesses were Stacey Lichtenwald and Chris Pohl, friends of the bride and groom.

Following the ceremony, a reception was held at The Timbers Restaurant in Ludington. A rehearsal dinner took place at the Jamestown Brewery, also in Ludington. Additional receptions were held for extended family and friends.

The newlyweds spent their honeymoon touring the Upper Peninsula and kayaking Lake Superior. They are making their home in Brooklyn.