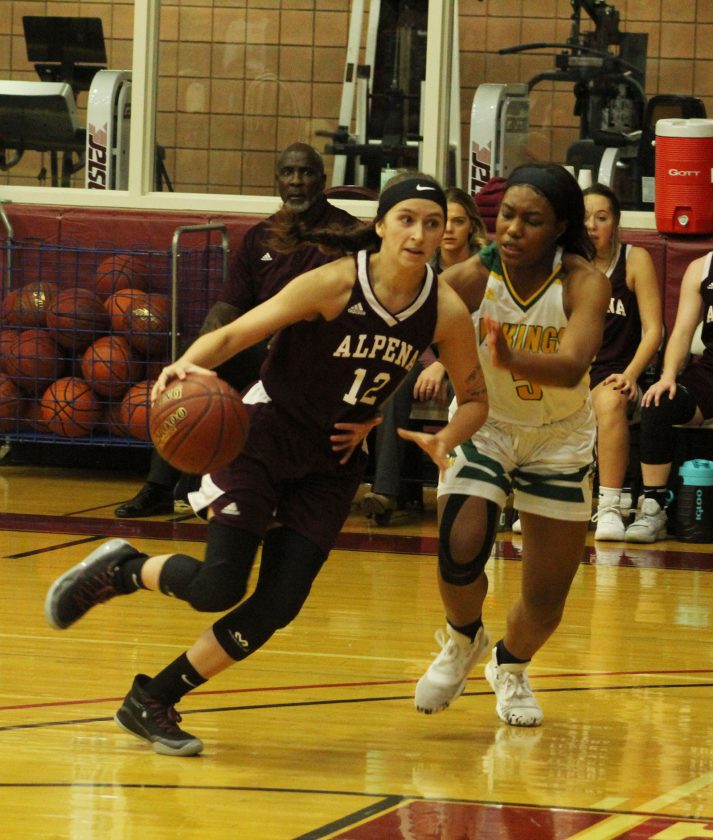 Coming off its first win on the young season earlier in the week, the Alpena Community College women’s basketball team played another strong game in its home opener on Saturday at Park Arena.

Despite a late rally, turnovers hurt the Lumberjacks late and they fell to Glen Oaks by a final of 65-51.

“The girls played hard today. They hustled from start to finish, all 11 girls,” ACC head coach Bobby Allen said. “This is the kind of effort I’ve been waiting to see for a while because I know this is how we’re capable of playing. Unfortunately we came up just a little short, but I’m proud of my girls.”

The Lumberjacks came out and played inspired right from the opening tip in front of their home crowd.

After trailing 34-28 at the half, the Vikings opened the third quarter scoring 12 of the first 14 points, all coming in four consecutive three pointers as they built a 16 point lead.

The Vikings looked as if they were going to start pulling away, but Allen made a change going with his five freshmen and the first year Lumberjacks lit a spark, cutting the lead to 51-47 after Karah Dunson beat the third quarter buzzer to fire up Allen and the Alpena crowd.

“We got down 16 and I put the freshmen in and they energized us and got us back in the game,” Allen said. “I left them in to start the fourth quarter and the sophomores said to keep them in there. I’m impressed with them and I’m proud of them. I’ve been waiting on this all year.”

ACC tied the game with 5:50 remaining when Dakota Prevo corralled an offensive rebound and converted the put back.

Alpena’s next trip down the floor, Brooke Nguyen nailed a three to give the Lumberjacks their first lead of the afternoon at 58-55 with 5:25 left to play.

The lead was short lived as Glen Oaks quickly regained the lead and turnovers down the stretch hurt the Lumberjacks.

Brooke Jones scored a basket with just over a minute left to cut the deficit to 62-61, but Alpena was unable to get another shot to fall and the Vikings were able to hold on despite shaky free throw shooting late that gave the Lumberjacks a chance, but they were unable to capitalize.

ACC will be back in action today when they travel to Bay College.