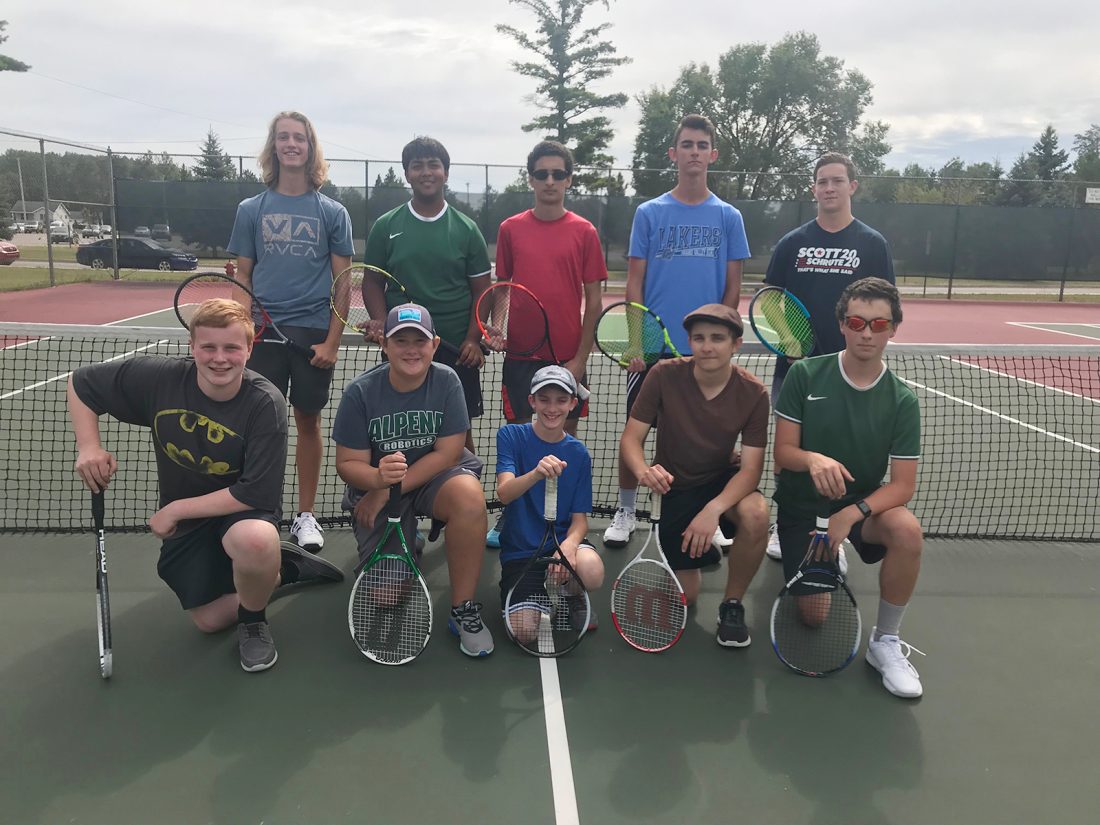 Despite losing five players, the Alpena High boys tennis team has welcomed in some fresh faces and new athletes that has head coach Charlie Giordano and the rest of the team excited for the upcoming season.

“We have four freshman, which is exciting especially after losing a few and I thought I was going to be kind of low, but this is actually the first year we might actually have a full team so I’m very excited to have 11 or 12 people depending on the day,” Giordano said. “We have a couple of hockey players that are going to play and it’s always good to have those crossover athletes, because they’re already good athletes, you just have to teach them the game. We’re excited to have a bunch of new kids out and we’re looking forward to a fun season.”

The numbers have continued to climb for the Alpena tennis program in recent years.

One extra player a year over the past few years has eventually made a big difference for the program and the varsity team this year will have at least 11 players.

Cook, Chhapamohan, Pokorzynksi and Kowalewsky are returners and will likely play high in the lineup.

Chhapamohan will play No. 1 singles and Giordano is unsure of the rest of the singles lineup as the competition between the other three returners has been strong.

“Our goals and expectations for this season are the same as always. We’re just looking for some personal growth and these guys have been playing a lot in the offseason and getting a lot better, but so has everybody else,” Giordano said. “We just need to continue setting goals and going into matches with the right mind set and to improve each time out. We’re happy to be out there competing and making our opponents work.”

The Wildcats haven’t had great success in Big North Conference play as the conference is usually loaded with strong tennis players, but playing in the competitive conference does go a long way in helping Alpena throughout the rest of their schedule and at different tournaments throughout the season.

Despite not doing well in the BNC, the Wildcats have had success at regionals because of the competition they play throughout the course of the year.

“Through practicing and playing with and against better people, you end up getting better yourself, so it should be a good year and we’re looking forward to it,” Giordano said.