Numbers and expectations high for Onaway 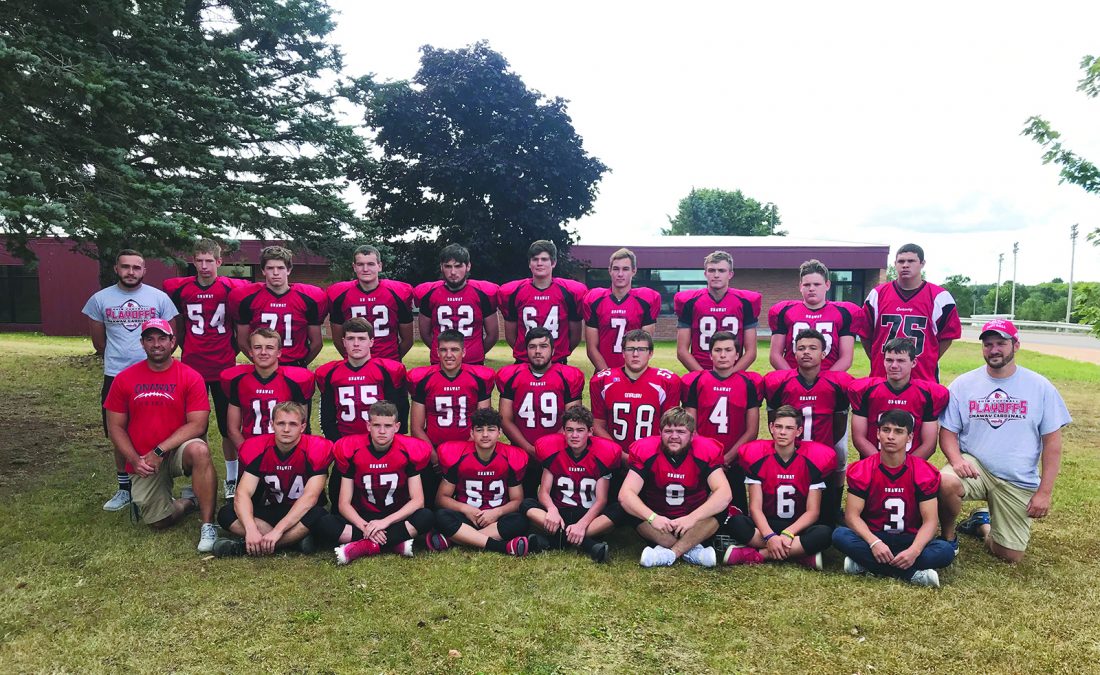 The numbers are growing for the Onaway football program after a strong 2018 season.

The Cardinals have 25 players on the roster this year and bring back more team speed and a lot of depth for a team that is coming off its first playoff appearance in six years.

This year Onaway is hoping to improve on what they did last year during head coach Steve Klinge’s first year, while keeping the goals and expectations realistic; but a second straight postseason appearance is definitely in the back of the Cardinals’ mind.

“We’re just looking to improve on what we did last year. Win those close games, which is the next step in our program, maybe get a playoff win if we’re fortunate enough to make it back there and that’s really what we’re looking forward to,” Klinge said. “It’s been easier for our guys because they came in knowing what we do with our system. Last year everything was brand new for everybody and this year we have seniors and juniors that are ready to lead the way.”

The Cardinals have 11 juniors on the roster this year, a mix of returning players and some who haven’t played in a few years.

Senior Austin Nash will quarterback the Onaway offense this season after backing up last year. Kevin Pearson will see time in the slot and in the backfield and Brendan Fenstermaker and Daniel Price will both play fullback.

On the offensive line, Blake Decker, Russell Leech and Cody Lovelace are all returning this season so the Cardinals will have plenty of experience up front.

“We gained seven or eight kids this season and I think that is partially due to last season’s success. I think there is kind of a buzz in these guys right now and they’re kind of expecting to win which is a nice feeling to have when you’re players believe,” Klinge said. “We had so many close games last year that would have put us in a different situation, so our focus is getting over that hump and winning those close games this year.”

Defensively, Price will play a linebacker position, Nash and Pearson will both spend time in the secondary and Dayton Stiles will be a starter on the defensive side of the ball after not seeing a ton of action a season ago. Joey Galvez has been unable to practice, but the Cardinals hope to have Galvez back on defense before the season begins.

“I think realistically 6-3 is where we want to be. If we do better than that, it’s great, if we go 5-4, I think that’s also realistic, but we’re not going to be world beaters. I think we have enough experience back to be successful,” Klinge said. “My expectations are to get back to the playoffs. I don’t know if it’s realistic, we’re not sure what everyone else has as of now or how things are going to work out. We know we play a tough schedule and I’d like to say we’re going to be 9-0, but I’m not sure if that’s realistic, but what I do know is that we’re going to work extremely hard, have fun and at the end of the day, hopefully win games and get back into the postseason and do what we can from there.”