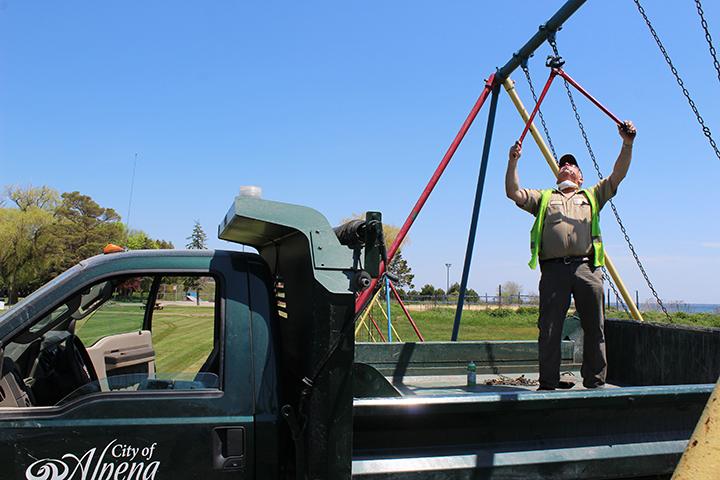 News Photo by Steve Schulwitz Alpena Department of Public Works employee John Nye works to repair a broken swing at the playground at Mich-e-ke-wis Park on Tuesday. The city recently received a $261,000 personal property tax reimbursement that helped wipe out a projected shortfall for the 2019-20 budget and allowed the city to increase its savings.

ALPENA — At the beginning of the current fiscal year, city officials projected a $235,000 budget shortfall.

An unexpected payment from the state, however, was enough to wipe out the deficit and new projections show the city should end the year with a $87,253 surplus, instead.

Several years ago, the state did away with personal property paid to municipalities and now allocates funding back to towns, cities, and counties to make up for the lost revenue.

She said the additional payment, which just came in the last several weeks, is legit and came at an important time, as it helped stave off some cuts planned for the upcoming 2020-21 budget. Soik said another factor in erasing the deficit was the fact the city didn’t add employees like it anticipated it would.

“We budgeted to hire for the police and fire departments, but that didn’t happen,” she said. “We saw significant savings to the general fund from that.”

Soik said the new budget begins July 1 and is set for about $10 million. She said the increase in savings from the personal property tax payment, coupled with a higher projection for the state’s revenue sharing payments, has allowed projected revenue to be increased, which allowed for some of the cuts to be reversed.

The city had cut administrators’ pay raises to 1%, but is now planning a 2% pay hike. The Alpena Municipal Council also voted to add back $500 per employee for employees’ health savings accounts.

The council also added back $21,520 to match a state grant that could be used for recycling bins for downtown. Soik said that spending is contingent on the state approving the grant request.

“Right now, with the way the state’s finances are, we don’t know for sure if we’ll get it or not, so we may use it or not,” she said.

With the economy ground to a standstill for most of March and all of April and May in a bid to prevent the spread of the coronavirus, the state expects to lose billions of dollars in income. Gov. Gretchen Whitmer on Monday lifted her order that Michiganders stay home unless absolutely necessary and allowed most businesses to reopen if they take safety precautions against the virus.

Soik said the city’s financial picture isn’t as bleak as it appeared only a few short months ago, and, barring any sort of unexpected setbacks, finances next fiscal year should be solid. She now projects the city could have a more $60,000 surplus at the end of the 2020-21 budget year.

She said besides the unexpected state revenue and prudent spending, the city also has $30,000 in a budget stabilization fund that could be used to help cover future shortfalls. The district’s general fund cash savings sits at a healthy 29% of annual expenses. Projections for fund balance, or the city’s savings, is projected to increase to $2.65 million at the end of this fiscal year, and up to $2.7 at the end of the 2020-21 budget cycle.

“We’re sitting in a really good position to be able to handle our business,” Soik said. “Last year, who could have predicted this would happen? It just happened and it has put us in a good position.” 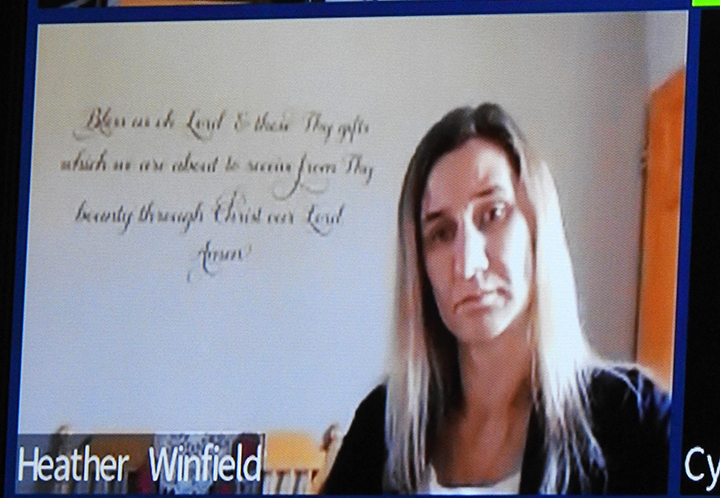