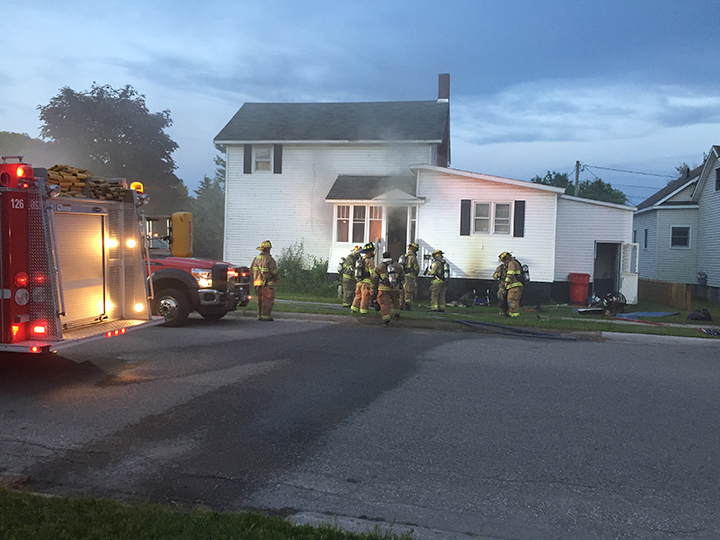 News Photo by Justin A. Hinkley Firefighters battle a blaze at a home on the corner of McKinley Avenue and 8th Avenue in Alpena on July 4, 2019.

ALPENA — No one was home and no firefighters were injured while battling a fire that started in the basement of a home at the corner of McKinley Avenue and 8th Avenue Thursday night.

The fire had spread to the walls of the first and second floors before firefighters arrived. Crews made an interior attack to the basement. The home sustained major fire and smoke damage.

The fire remains under investigation.