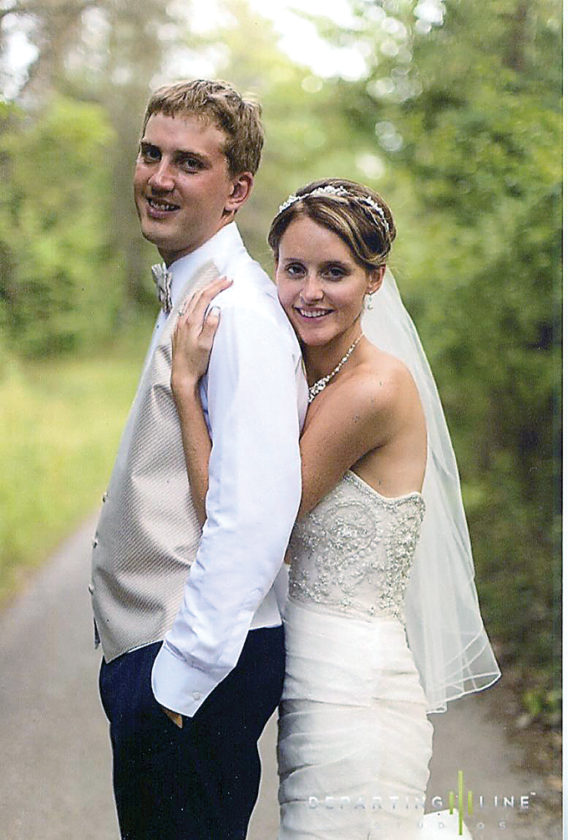 The bride is the daughter of Charles and DeLynn Timm of Hubbard Lake. The groom is the son of Calvin and Genny Domke of Hillman.

Following the ceremony, a reception was held at the APlex in Alpena. The rehearsal dinner took place at Thunder Bay Golf Resort in Hillman.

The newlyweds spent their honeymoon in the Upper Peninsula. They are making their home in Alpena.