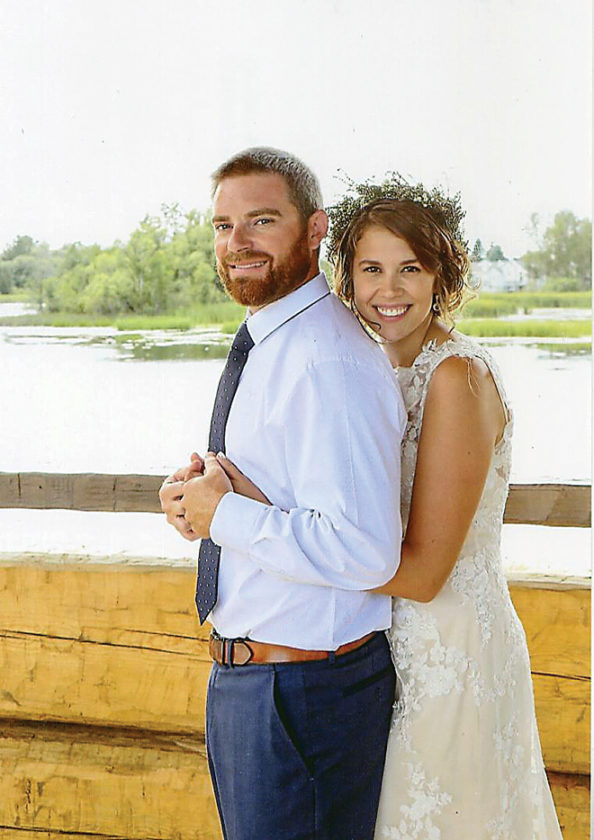 The bride is the daughter of Theresa Szczerowski and the late Ervin Szczerowski of Presque Isle. The groom is the son of Kathy Kindt, and Ron and Tammy Lancewicz of Alpena.

Attending the bride as maid of honor was Rebecca Westfall, sister of the bride. Serving as bridesmaids were Janine LaCross, friend of the bride; and Gretchen Ross, daughter of the groom. The flower girl was Kenzie Szczerowski, niece of the bride.

Attending the groom as best man was his friend, Paul Dudus. Serving as groomsmen were T.J. Carpenter and Darek Hamilton, friends of the groom. The ring bearer was Max LaHaie, nephew of the groom.

Following the ceremony, a reception honoring the newlyweds was held at Art in the Loft.

The couple traveled to Kauai, Hawaii for their honeymoon. They are making their home in Alpena.