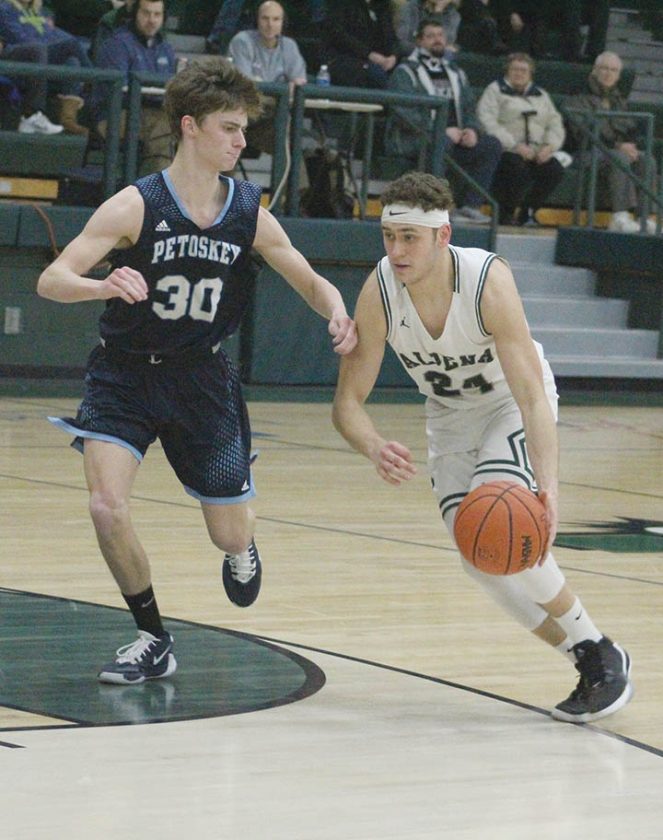 The Alpena High boys basketball team earned plenty of opportunities to come away with a much needed Big North Conference victory over rival Petoskey on Tuesday.

Both teams were going up and down the court at a rapid pace in a high-scoring first half that ended with the Northmen holding a five point advantage.

Petoskey opened the third quarter on an 11-2 run to take a double-digit lead and the Wildcats were forced to battle back.

The Wildcats did everything they could to scratch and claw their way back into the game and cut the lead as close to four with six minutes to go in the game. But mistakes and poor free-throw shooting hurt Alpena down the stretch.

The Wildcats went 8-for-16 at the charity stripe in the final 12 minutes of the game.

“We came out and had some bad turnovers at the start of the third quarter to let them (Petoskey) get a nice cushion. I give our kids credit because I thought we really battled back tonight and we had multiple chances to really get that game,” Alpena coach John Pintar said. “The free-throw shooting and some of the mental mistakes, we talked about that and how we have to eliminate those issues. You’re going to make physical errors, I get that and we understand that, but we have way too many mental mistakes right now and we can’t do that, we can’t make them against a quality opponent.”

Trailing 52-44 after three quarters, Alpena opened the fourth quarter with momentum after scoring seven of the last nine points in the third quarter.

Jack Schmanski opened the final quarter with a basket and Petoskey’s Nathaniel Eberly-Rodriguez was hit with a technical foul, but the Wildcats were unable to capitalize, missing both free-throw attempts before Schmanski drove to the basket and scored again to cut the lead to four with six minutes to play.

“I felt like the entire fourth quarter we had a chance to put serious pressure on them and even take the lead and it was a huge moment in the game when we missed the two technical shots because we had some momentum and playing really well,” Pintar said. “It could have been a two point game and I think we could have finished really strong at that point and we did, we kept battling, but then we had to be perfect because Petoskey hit some shots and we were constantly battling from behind. Even if we made a good play we were always two possessions away and throw in missing the free-throws in the fourth quarter, those are just things you can’t do in order to complete a comeback. We fought, I thought our effort was really good all night, it’s just those little things that were the difference and they did them better than we did.”

The Northmen found ways to hit big shots despite slowing their tempo down in the final minutes.

Petoskey answered the Wildcats’ rally and the biggest shot came with a minute left as Alpena cut the lead back to four.

Instead of dribbling and forcing the Wildcats to foul, Petoskey’s Jade Spurgeon pulled up from behind the three point line and buried his fifth and most important three of the contest, putting the Northmen up 65-58.

Schmanski came down and scored again a basket to cut the lead to five. Schmanski scored eight of his team high 18 points in the final quarter, but it wasn’t enough as Alpena failed to hit another basket and had a mental lapse and didn’t foul in the final 30 seconds of the game, allowing Petoskey to dribble out the clock and escape with a win.

“When he (Spurgeon) shot that, he was their best shooter, but you still want him to take that shot. Give the kid credit, he made the shot, but you certainly at that moment want someone to take a three-pointer,” Pintar said. “The last 30 seconds was just a complete breakdown on our part. We talked about it in our previous timeout that if we didn’t get a steal, we needed to foul. Some of the things we still need to learn because we have guys that haven’t been in these positions, but we have to step up and learn. That was just a major breakdown, especially with fouls to give, we have to be all over them and we just did a real poor job of executing. That’s me as a coach too, I have to make sure we completely understand that there is no miscommunication in the future.”

Petoskey senior Gabe Whitmore matched Schmanski with 18 points of his own to lead the Northmen. Spurgeon scored 17 points and Eberly-Rodriguez chipped in with 11 points in the victory.

Alpena will be back in action on Thursday when the Wildcats travel to take on Bay City John Glenn.

Alpena was on the wrong end of a sweep tonight as the JV and freshman team were also defeated by Petoskey. 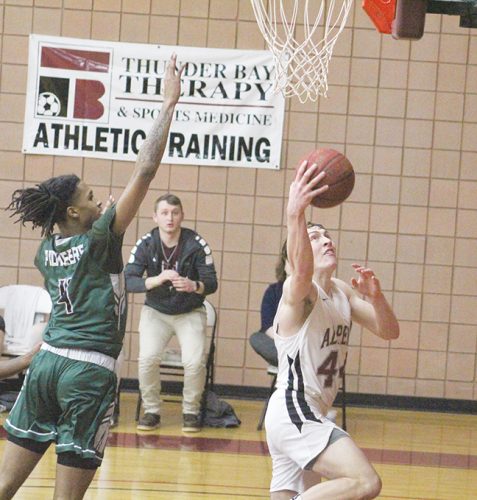 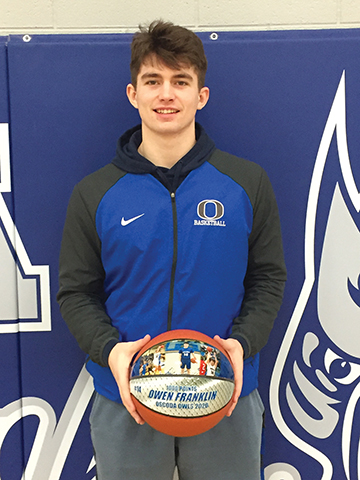 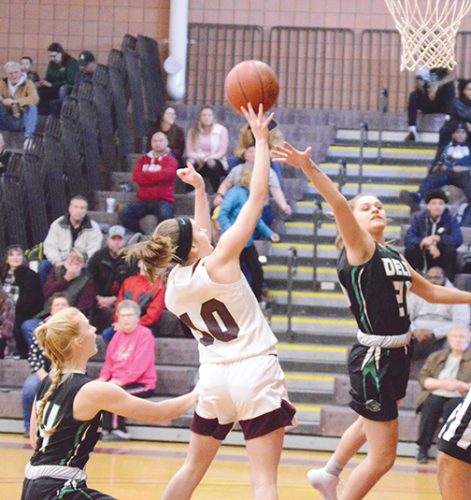