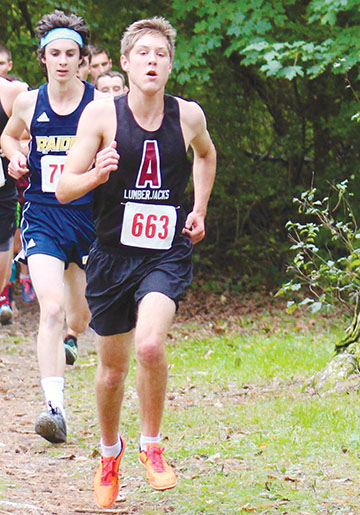 LANSING — In each meet that the Alpena Community College cross country team has run, the Lumberjacks have improved their times.

On Friday, at the Lansing CC Invitational, the team not only improved, but each runner ran either a season or career best.

“Going into to the meet, I wasn’t sure what to expect. I have a few guys who are sick and a few more with some aches and pains. Before the race, we talked about focusing on the positives and running with their hearts” ACC coach Mark Jacobs said. “When it was all said and done, today was one of the most rewarding days that I have ever been involved in as a coach. I had two guys who came late in the recruiting process and are now beginning to show what they are made of. Nate Robey (Big Rapids) ran 31:50 which is a 4:12 improvement from his previous career best. Musa Kabbah (Voinjama, Liberia) improved 3:47 to run a 30:49. We are peaking at a perfect time.”

The Lumberjacks next travel to Oakland Community College on Friday for their last invitational before their regional meet which will be held Oct. 26 in West Lansing.