Wildcats hoping to improve under Mitchell 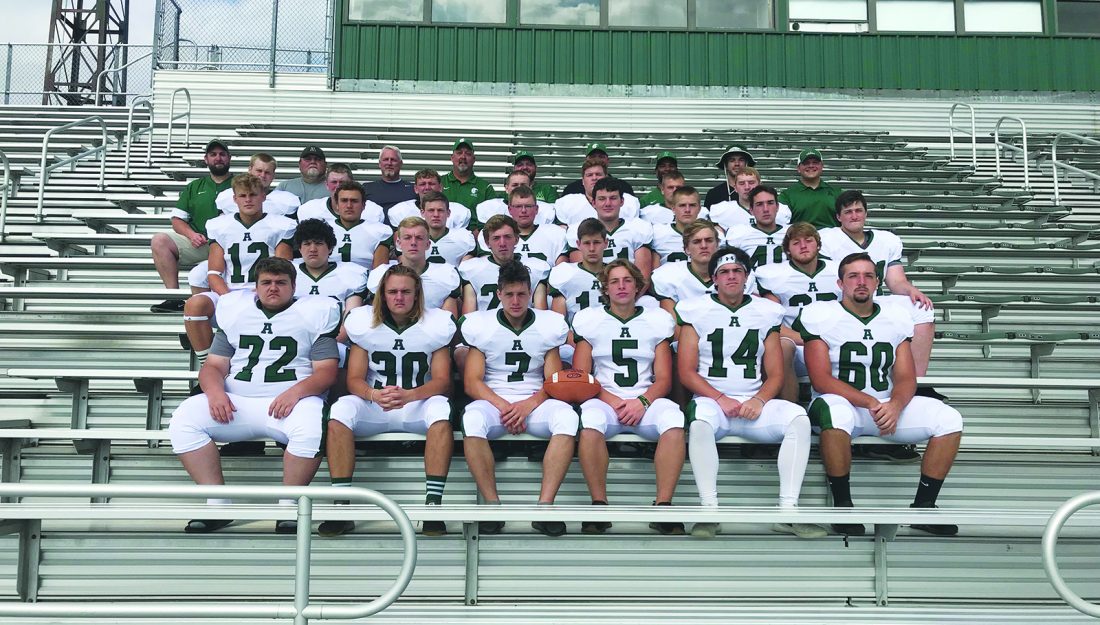 For the sixth time in the past decade, the Alpena High football team will once again be lead onto the field by a new head coach to open the year.

Eric Mitchell begins his first season as head man for the Wildcats and is familiar with program, having been Alpena’s defensive coordinator for the past four seasons.

After three years of running the Wing-T offense under former head coach Aaron Sims, the Wildcats will still feature a run heavy offense, but this year, Alpena hopes to get more creative and keep opposing defenses guessing.

“Obviously we want to be competitive and I think (one of our) major changes that you’re going to see on Friday night is that we’re going to spread things out offensively and make sure we do not have nine guys in the box coming down full speed,” Mitchell said. “We want to run the ball more than we throw, but in order to run the ball, we can’t just line up in the same exact formation every time. We have to make defenses think. You’ll still see a run heavy offense, but out of a lot more formations this year.”

The Wildcats will still run some three back formations and variations of the Wing-T, but there will be more two back sets with a lot of split end formations.

Despite winning just seven games over the past three seasons, Alpena is hoping to build on its finish last season after the Wildcats won their home finale against a Chelsea squad that eventually played for a state title.

The Wildcats have talent, capable playmakers and a mix of veteran returners and new faces to be competitive and have success in Mitchell’s first year.

Seniors Jordan Schultz and Eli Winter are going to be key to Alpena’s success as they make up a two-headed monster in the backfield. Both Schultz and Winter are big, strong and physical running backs that should find success on the ground this season. Both will carry the ball plenty and be relied upon to not only make plays on offense, but on the defensive side of the ball as well as the duo will both hold down linebacker positions. Winter will play an outside linebacker position and Schultz will anchor the inside.

Three-year varsity starter Kelley Stark will spend time roaming around the secondary at a safety and corner back position. Stark will also see time at wide receiver and could also have an impactful season on both sides of the ball.

Junior Charlie Williams has great potential to break out in his first season on varsity. Williams’ versatility will allow him to see time in the back field and spread out wide as the Wildcats hope to get him the ball in space so he can use his speed and athleticism to create big plays.

As strong as the skill players are and as important as they will be, the veterans in the trenches will be key as Sam Romero, Wyatt Romero and Mitchell Pfeifer are all returning starters and will be important on the offensive line and defensive line.

The Wildcats are leaning toward starting sophomore Ryan Voltz at quarterback this season. Along with Voltz, it is possible that Stark may see some time at quarterback, but Mitchell is hoping that one quarterback will emerge and be the starter all season.

The Wildcats open with Escanaba for the ninth year in a row and will welcome Sault Ste. Marie in Week 2 in their home opener at the brand new Park Family Field at Wildcat Stadium.

Five of the next six games will be Big North Conference games and the other two games on the schedule will be new opponents Marquette and Saint Johns.

“Our major goal coming into the season is we need effort on every play. Effort takes no talent and we just have to know that we can do it and give our best effort every single play,” Mitchell said. “Our goal this year is we need to win more than one Big North Conference game. We want to get three of those five Big North games and this is a year where we know that we can compete with all five teams in our conference and we want to make enough plays to win at least three of those games. We’re healthy and it’s our job as coaches to put these kids in a position to win and the kids know what to do. If we both do our jobs we should have no problem having a successful year.”