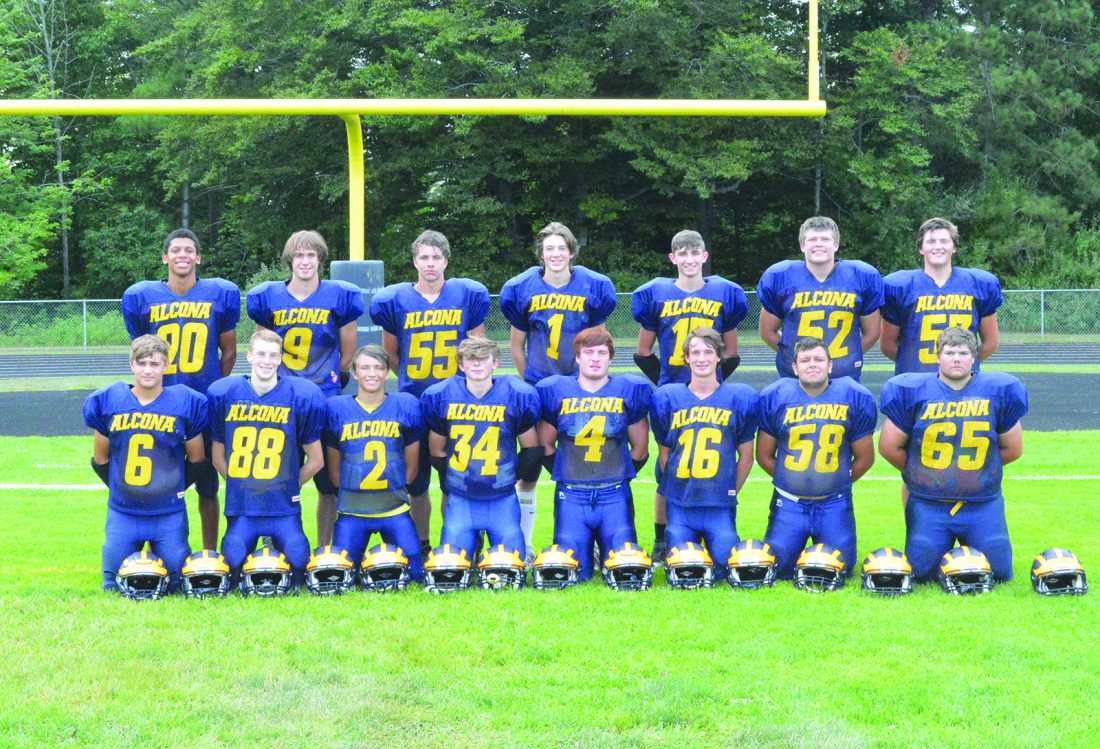 LINCOLN — The Alcona football team learned a hard lesson last year: past success is no guarantee of future success.

A banner year in 2017 gave way to a 1-8 season in 2018 and players got a reality check in just how much hard work it takes to win. The 2019 Alcona roster is ready to put those lessons into practice and put a few more wins into the record book.

“That 2017 squad, a lot of these (current) guys weren’t focal points of that team. They learned that they’ve got to take the lead. It’s not enough just to follow what those other guys were doing. They actually have to put it into play and I think that’s what I’ve seen so far out of here,” Alcona coach Jason Somers said. “It’s kids trying to figure out how do they become leaders? How do they put in play those things that made the 2017 team special.”

As the Tigers aim to right the ship, fans will see some familiar elements of an Alcona team, but they’ll see a different sort of Alcona team too.

The Tigers still plan on running their Power-T offense, but with a squad of only 16 players the Tigers are planning to add a few new wrinkles to their game plan as longtime assistant Terry Franklin takes over as offensive coordinator.

Franklin will be tasked with guiding an offense that’s short on manpower, but packed with athleticism and experience. Alcona returns nearly a dozen players this season, including its quarterback, several running backs and several members of the offensive line.

At quarterback, junior Zach Stephenson returns and will likely be backed up by sophomore Gavin Walker. Stephenson got his feet wet last year under center and he’ll have experience behind him in the backfield as seniors Dominic Howe and Mason Clark return.

Clark led Alcona in rushing last season with 658 yards and six touchdowns and Howe wasn’t far behind with 634 yards and four scores. Together, the duo could give Alcona a 1-2 backfield punch with Clark pounding up the middle and Howe burning teams with speed on the edges.

Walker, sophomore Michael Basner and junior Ethan Long could all see their fair share of handoffs in Alcona’s offense, which makes frequent use of multiple ball carriers.

Fans used to seeing a big, bruising Alcona team likely won’t see that this year, but what they will see is an athletic, fast team that should be able to compete.

“Overall, this might be the fastest team I’ve ever had. We’ve got great team speed. You look out there and see we’re a little light, so we’ll just have to use their speed and aggressiveness,” Somers said. “It’s something we’re not used to seeing down here, but it’ll be a new experience for us.”

Defensively, expect Tanner, both Withams, Potts and Sytek to fill in the spots on the defensive line. Clark, Basher and Nick Rasmussen will hold down the linebacking corps and some of Alcona’s best athletes–Stephenson, Walker and Sytek included–will line up in the secondary.

After stumbling to the bottom of the North Star League standings, the Tigers will test their mettle against their usual NSL rivals and new opponents including Merrill, East Jordan and Ogemaw Heights.

It’s a tough task to be sure, but Somers has been impressed with the leadership of his upperclassmen during the preseason and believes they can help Alcona get back on a winning path.