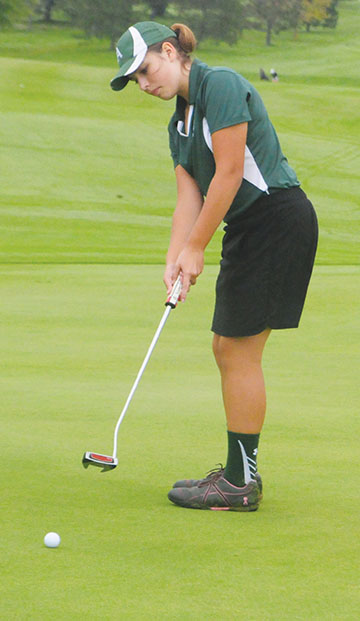 Alpena High School junior Kennedy Ellis received an individual invitation to represent the Wildcats at the Traverse City Central Lober Invitational for girls golf at the Grand Traverse Resort on Aug. 19-20. This is her first tournament of the 2019 season.

Ellis completed the two-day, 36-hole tournament with a total score of 198.

She posted 102 on day one playing on the Wolverine course. On Day two, Ellis posted 96 playing on the Spruce Run.  Ellis finished 23rd out of the 64 Division 2 girls that competed.

The Lober Invitational is one of the largest high school girls golf tournaments in the nation. This is the 27th year the tournament has been played. Nineteen of the 29 teams that competed are ranked in the top 10 in their respective divisions across the Michigan’s four high school divisions.