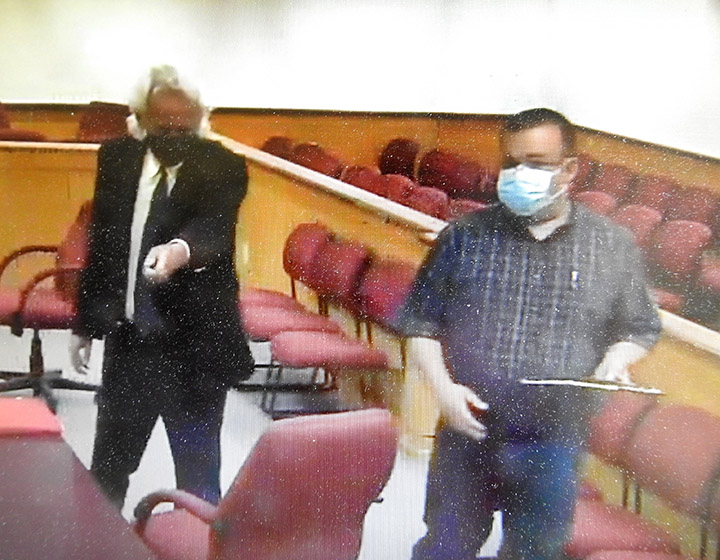 ALPENA — A preliminary exam for Bradley Avery, accused of secretly videotaping three 4-H girls changing clothes, was postponed this afternoon when the court ran out of time to address the charges levied against Avery.

Scheduled for 3 p.m. in Alpena’s 88th District Court, the preliminary exam — at which a judge decides if there is enough evidence for a case to continue to trial — had to wait 45 minutes to begin because other cases had to be addressed first.

A witness was dismissed and both attorneys shared comments, alerting the court to what would be presented when the exam continues.

Alpena County Prosecutor Cynthia Muszynski said video evidence will be shared to prove the claim that Avery videotaped the girls in a storage room of the Alpena County Fair office while he was an advisor for the annual Alpena County Fair Queen Pageant. The girls were unaware they were being filmed, police say.

Photos will also be shared, proving, Muszynski said, that Avery possessed child sexually abusive materials — the highest-level charge against the defendant, with a potential for a 10-year prison sentence if Avery is found guilty.

Capturing or distributing an image of an unclothed person without their knowledge carries a potential five-year sentence.

Six images on Avery’s personal phone appearing to be child sexual abuse images were found during a search by the U.S. Secret Service, according to police reports.

The devices on which the photos and videos were found passed through multiple hands, and their examiners reached contradictory conclusions, defense attorney Dan White told the judge.

According to White, the prosecution will have to prove the photos portray a prepubescent child and were knowingly in Avery’s possession.

The new date for the hearing, rescheduled for July 28 at 1:15 p.m., will take into consideration the anticipated length and intensity of the exam, Judge Thomas LaCross said.

Avery was arrested and released on bond at the end of May, seven months after he was sentenced to six months’ incarceration for embezzlement committed during his term as the Alpena County Fair Board treasurer.