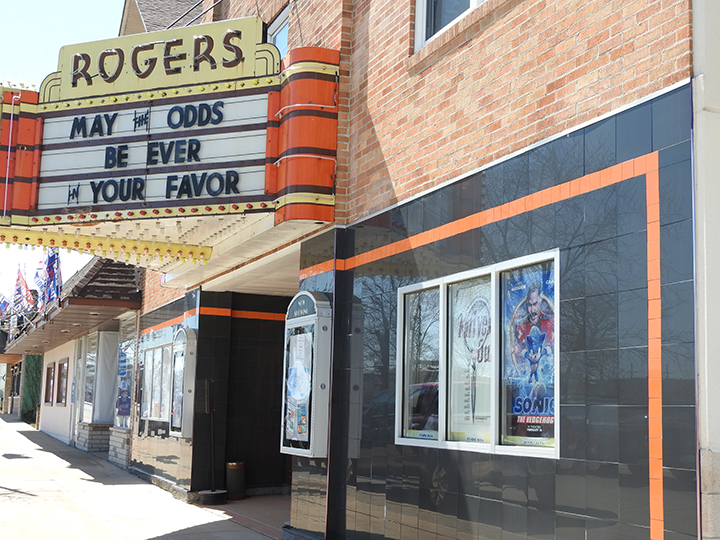 A group of citizen volunteers are building momentum for the program, which the MEDC requires to be a grassroots effort led by community members. A Facebook group — Bring Main Street to Rogers City! — has been started to keep city residents and businesses informed, and many volunteers are now in the process of completing online training.

“We’re a group of engaged Rogers City citizens who see the Michigan Main Street Program as an exciting and resourceful way to utilize the expertise of professionals nationwide to help us as a community revitalize Rogers City and put it on the map as the nautical jewel that it is,” Katherine Wilbur, a citizen volunteer who is leading the initiative, said.

The Michigan Main Street program is a competitive program, and only two or three cities are selected into the program each year to participate. Once a city is selected, they receive technical and financial help from the MEDC to help revitalize their downtown.

Citizen Volunteer Kim Margehrio recently completed the training, where she learned more about the program and the steps that are required for the Rogers City Downtown Development Authority to apply for the program.

Margehrio said they have to create a communication plan to keep the community informed about the program and why it’s important.

A five year budget plan is also required, and she said the program eventually requires a full-time Main Street Manager to be hired. The main street manager would focus on rebuilding the vitality of the community, working in conjunction with the MEDC to bring in marketing and development expertise.

“The Michigan Main Street program — they have to see you are serious and well invested into it — time, talent and money,” she said.

Rogers City Mayor Scott McLennan said the communication plan and budget plan is on track to be submitted this fall, and that the application could be submitted to the MEDC as early as December.

McLennan said Having Rogers City selected for the Michigan Main Street program would be “a great thing” for the community, and also noted support for the program has to come from the community.

He said so far, letters of support have been published in local newspapers and that people have expressed their support at city council meetings.

“I’m very grateful for the strong community support behind the program I’m hearing regularly,” he said. “I’m thankful for that support.”