3 hurt as cars collide around town 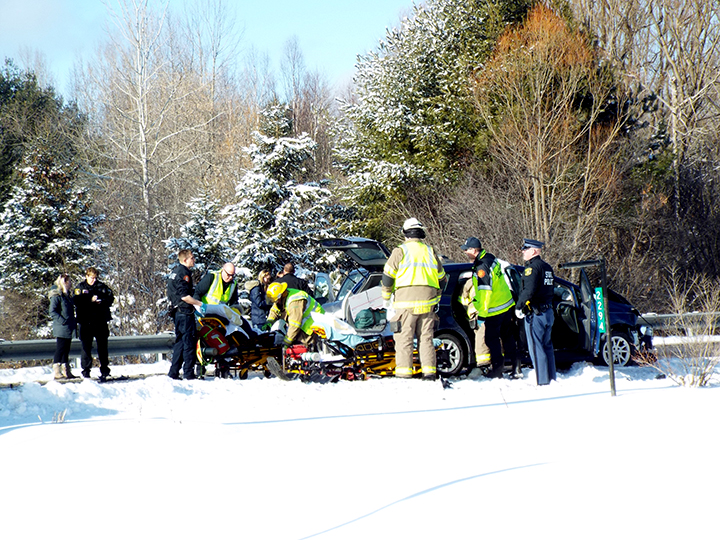 News Photos by Julie Goldberg Three people were transported to the hospital after a three-vehicle crash at the intersection of Genschaw Road and Princeton Avenue at around 1 p.m. on Monday. Robert Mitchell, trooper with the Michigan State Police-Alpena Post, said a Ford pickup truck was waiting for a car to turn onto Princeton. The driver of a Trailblazer didn’t see it stopped, so they veered to the left and hit a Toyota Prius that was driving the other way. Three people who were in the Prius were transported to MidMichigan Medical Center-Alpena. Mitchell said the driver of the Trailblazer went with their family and declined to be taken by ambulance.

Three people were injured in one of the crashes on Monday.