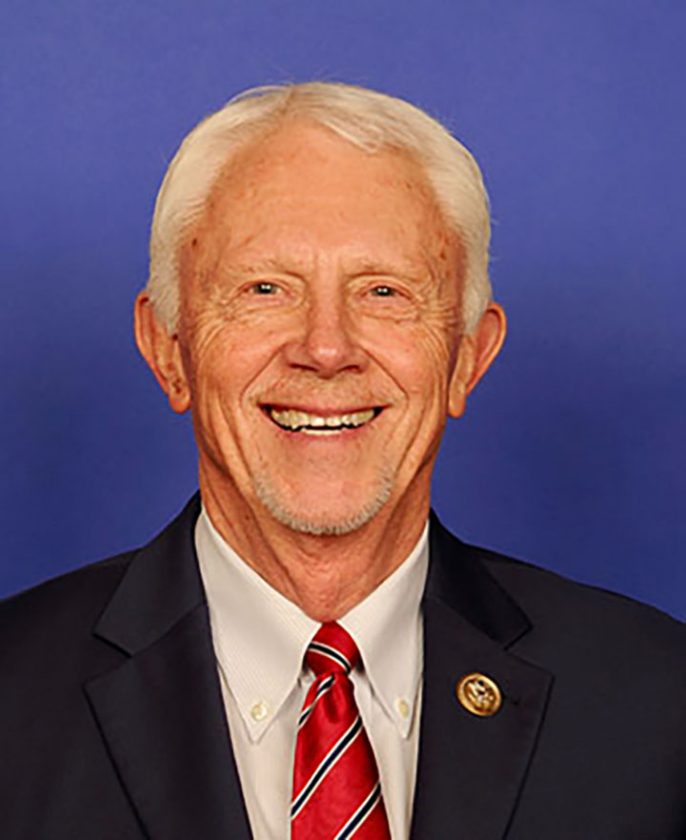 ALPENA — Jack Bergman said Democrats’ efforts to impeach President Donald Trump are nothing more than a political stunt done in the shadows of secrecy to bring down a president.

Bergman also claims the impeachment issue has hindered action on proposed legislation he believes needs to be addressed.

After weeks of closed-door committee hearings, open to Republican committee members, the Democrat-led U.S. House is holding public impeachment hearings this week to investigate Trump over allegations that he pressured the president of Ukraine to investigate Democratic presidential candidate Joe Biden and his son, Hunter.

Bergman, R-Watersmeet, gave his thoughts on the matter after returning to the 1st Congressional District, which covers the Upper Peninsula and northern Lower Peninsula, to meet with constituents and attend Veterans Day events before returning to the nation’s capital for the impeachment hearings.

Bergman said the power to impeach a president is important and a duty of the House, and it has been used well several times throughout history. This time, however, Bergman said the process is being abused, clouded in secrecy. He said the effort is unwarranted and is preventing things from being accomplished on Capitol Hill.

“This has been done in secret by the Democrats, and they have chosen to ignore the rule of law, the due process that anybody has,” Bergman said. “The right to defense, call witnesses, all of these things that were done with the Clinton and Nixon impeachments, aren’t being done now. This crew that is in charge right now, in my mind, has completely lost its collective mind on what they were sent to Washington to do, which is represent the people in their districts, not represent themselves or some insatiable urge for political power. If I thought there was any integrity in this process, I would tell you.”

Bill Clinton and Richard Nixon were the last two presidents to face impeachment inquiries. Clinton was impeached in the House but acquitted in the Senate. Nixon resigned before any impeachment vote.

The Constitution outlines the impeachment process in broad strokes, with the House essentially charging the president with impeachable “high crimes and misdemeanors” and a trial in the Senate leading to potential removal from office. In each impeachment, however, the chamber votes on rules governing the process for each president.

Bergman said there are a lot of good bills, many of which have bipartisan support, that are basically being ignored because of the ongoing impeachment proceedings. He said a trade deal between the U.S., Mexico and Canada brokered by Trump is still awaiting congressional approval, as is a bill Bergman and a Democratic counterpart introduced that would allocate money to medical facilities outside of the U.S. Department of Veterans Affairs to help cover the cost of veteran care.

Bergman said that, besides being preoccupied with impeachment, there is only one other explanation for why House leadership won’t bring those matters to a vote.

“We can’t get anything done in Congress because Nancy Pelosi won’t bring these to the floor, and she is playing to a small number of her lunatic fringe, progressive base,” Bergman said, referring to House Speaker Nancy Pelosi, Democrat of California. “They are so concerned about the president even getting a sniff of some sort of victory that they have just decided to do nothing and play games.”

The impeachment process is expected to move ahead full bore today as public hearings are expected to begin.

The Senate, which has a Republican majority, must have a two-thirds vote to remove the president.

Bergman said that, although all Republicans and two Democrats voted against the official launch of the impeachment inquiry, he suspects more Democrats will abandon ship from the party line when it comes time for an actual impeachment vote.

As the 2020 election nears, Bergman said he intends to run again and has ambitions for the future, should voters continue to send him back to Washington.

“As long as the people of the district want me to, I plan to run for a minimum of six terms, and I’ll tell you why,” he said. “I plan to seek a leadership role on the Veterans Affairs Committee when it’s my turn. I want to continue to fight for the veterans and to help them and everyone else in the district.”