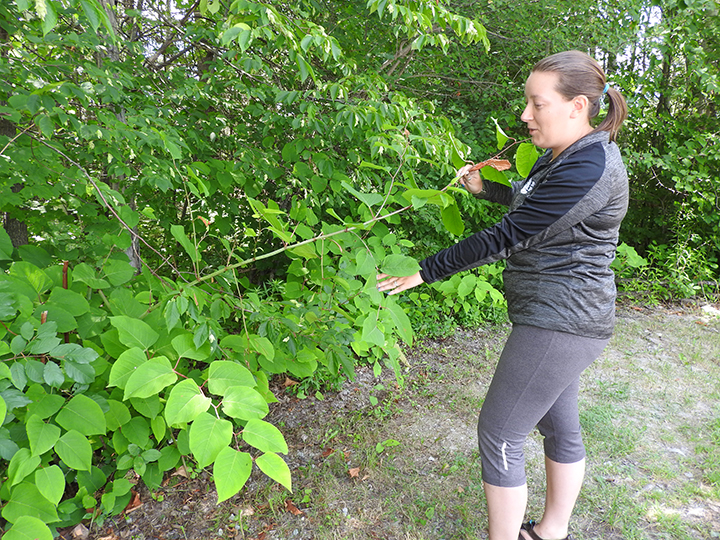 ROGERS CITY — Rogers City officials want to prevent the spread of the invasive phragmites before the plant has a chance to take root in the city.

City officials, along with members of the city’s business community, recently met with representatives of Huron Pines at a Team Rogers City meeting, where they learned more about the invasive species and how to identify it.

Mayor Scott McLennan said they learned the plant can grow up to 20 feet high and has taken over Saginaw Bay on Lake Huron. McLennan said that, because phragmites has already taken hold there, it can’t be eradicated and can only be cut down.

City officials don’t want that to be the fate of Rogers City’s shoreline, he said.

“What happens is, if this phragmites takes over our shoreline, property values will plummet,” McLennan said. “We will not have the beautiful shorelines that we have up here, which is critical to our economic well-being as well as just the pleasure of having a gorgeous shoreline.”

Bauer said one of the reasons species such as phragmites are so invasive is because they can easily adapt to new situations and can out-compete native species.

“A lot of these invasive species create what’s called a monoculture, where just only that one plant grows in a huge area,” she said, likening it to a cornfield on a farm where one species grows in one large area. “What we want to do is remove that so native species can grow in its place and the point of that is to have a large diversity of plants.”

If people can remove the monoculture, she says, then several different types of plants can grow in one place, and that diversity is better for the native fish and wildlife. She said Huron Pines’ overall goal is to restore the native habitat.

In addition to phragmites, conservationists with Huron Pines are monitoring Japanese knotweed in Alcona County and frogbit in Alpena and Montmorency counties.

Bauer said one of the biggest projects Huron Pines is working on in the region is a collaboration with Central Michigan University to learn more about managing frogbit at Fletcher Pond.

Bauer said frogbit is a relatively new invasive species in the state and is currently found in four locations: Northeast Michigan, the Upper Penninsula, Grand Rapids, and Oakland County.

“We set up three different test plots … to learn about different potential management practices for that species,” she said, adding that Huron Pines will also implement management activities in the different plots, such as removing the frogbit by hand and applying herbicides.

The group from CMU will come up in a few weeks to monitor the work, Bauer said, to see which management practices work the best.

“Long-term, we’re trying to figure out the best management practices for that species,” she said.

Bauer said frogbit is fairly contained right now but is starting to get into Lake Huron, where it can spread “pretty quickly.” The invasive species spreads through fragmentation, according to Bauer, which means a little piece of the plant can grow if it’s accidentally moved to a new location.

Frogbit has also been found in the Thunder Bay River watershed, where a number of government and community organizations have worked to control the plant.

In 2017, students from Besser, Lincoln and Hinks elementary schools participated in the Frogbit Challenge, through which they picked nearly 2,000 pounds of the invasive species in one day. Huron Pines was one of many organizations to collaborate to make that event possible.

In addition to the work being done in communities, Huron Pines also has a cost-sharing program for individual landowners, through which the organization uses grant money to pay 50% of the cost of addressing invasive species and the landowner pays the rest.

Bauer said those wanting to learn more about invasive species or to report an invasive species can visit the Midwest Invasive Species Information Network at misin.msu.edu or download the organization’s app.

Bauer is then notified of the location of the invasive species once the report has been made. 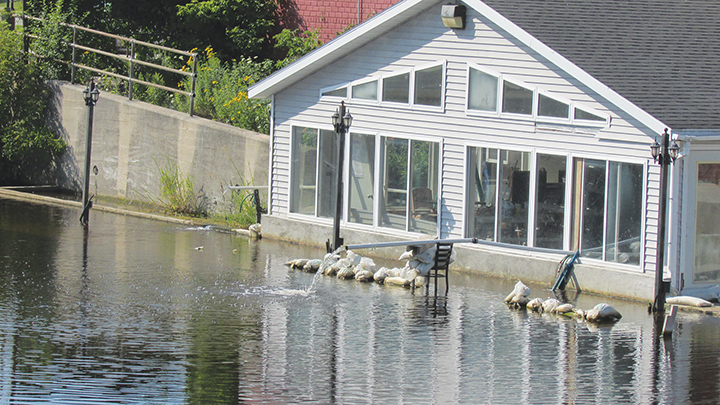