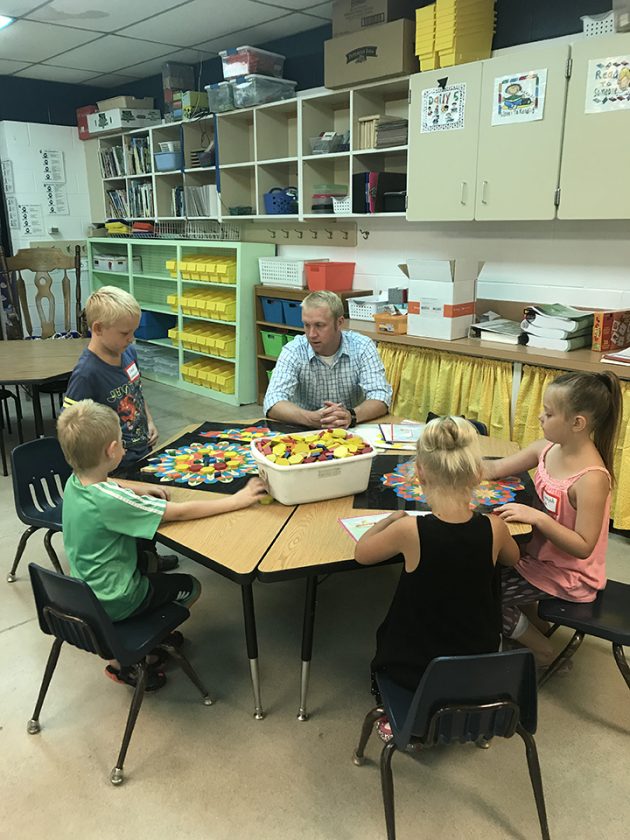 LINCOLN — Going to school for the first time is tough for kindergartners and parents, so Alcona Elementary School hosts a Kindergarten Camp every year to help ease the transition.

For three days this week, incoming Alcona kindergartners have spent time getting acclimated to what school is like.

“They kind of get an idea of classroom routines, they look at their classroom, they get the logistics of the building, go to the library and check that out,” Principal Tim Lee said Wednesday.

Lee said the students practice walking on the right side of the hallway and going through cafeteria lines. The school also learns each student’s academic strengths and behavior during the camp.

“For a lot of the kids, the building’s new to them, so it’s a pretty big area and it gives them an opportunity to meet their teachers and meet their classmates,” Lee said.

Getting used to the atmosphere helps prepare the students mentally, Lee said, because coming to school is a big change.

Lee said the camp helps parents a lot, too, because they’re able to practice the routine of dropping off and picking their children up at school.

Alcona has hosted the camp for the past five years, and it’s always helped families, Lee said. He said they have about 75% of incoming kindergartners attending the camp this year. In prior years, only about half attended the camp, so attendance has gone up.

“It’s a success, and I think it helps out,” Lee said about the three-day camp. “It gives them confidence and releases some anxiety.”