June is Alzheimer’s Month—Remember to cherish each day 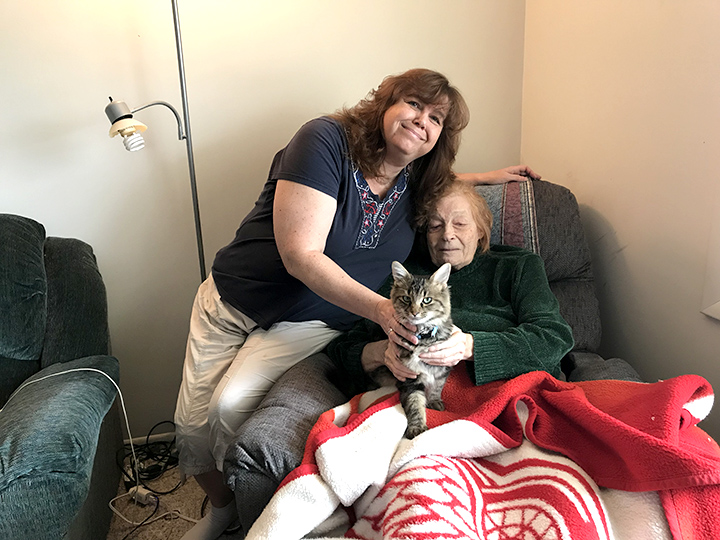 News Photo by Darby Hinkley Kathy Sorenson leans in for a photo with her mother, Marge Foster, who has Alzheimer’s. Sorenson lives with her mother and takes care of her. Also pictured is Mayhem the cat, who is a good companion to Foster when Sorenson is at work.

Kathy Sorenson loves taking care of her mom, who took care of her for so many years. She just sees it as returning the favor, and she wouldn’t have it any other way.

Marge Foster, 84, was diagnosed with Alzheimer’s disease four years ago. She now lives with Sorenson and her husband in Alpena.

“She got diagnosed when she was 80, but I had started to see the signs a little sooner than that,” Sorenson said. “Mom was diagnosed with cancer about 10 years ago, and she’s a warrior. Seriously, she’s had two kinds of cancer, she’s had a collapsed lung, she’s had a blood clot, and now Alzheimer’s, and she just, she doesn’t give up.”

When her mother lived alone, she called Sorenson when she was having trouble breathing one day, and that’s when she decided it was time to move in with her.

“She called me one day when she was having so much trouble with her lungs, and she said she couldn’t breathe,” Sorenson said. “I lived on Blair Street at the time, and that was literally the longest six blocks of my life.”

That was before Mom started exhibiting any major symptoms of Alzheimer’s, which is a form of dementia. So it was good timing, because she was going to need more help soon.

“At first, she was doing okay,” Sorenson said. “She was bathing herself, dressing herself, cooking. But about a year after we moved in, she came home in tears because she said that she got lost coming home. In the town she had lived in for 50 years. So I knew something was going on.”

They went to see the doctor, who said it was hard to make any sort of diagnosis of Alzheimer’s. So many times, the diagnosis may be unclear although the signs are present.

“It just went on, and she got worse and worse, and finally he gave her the cognitive test for Alzheimer’s, and she unfortunately failed it, so that’s when he diagnosed her,” Sorenson said. “So I think that she started showing symptoms six years ago, but she was diagnosed four years ago.”

She’s on some medication which is prescribed to help slow the mental decline, but there is no cure for Alzheimer’s.

Sorenson said there are activities that can help slow the progression.

“Crossword puzzles are great,” she noted. “Reading, keeping your mind active. I took Mom for rides, she loved rides, getting her out in the sunshine” in the wheelchair.

Socialization is another key to helping keep the mind engaged.

“Now, I’ve noticed that, I have Saturday suppers with a couple of friends of mine and my mother-in-law, and they come over, we have dinner here, we play games,” Sorenson said. “Mom doesn’t want to play games, but we’re here, and she hears the discussions, she likes the interaction, and I have her friends come and visit her whenever they can.”

“I think the interaction helps keep her a little more stable,” Sorenson added. “It’s good for her. She enjoys it, and I’ve noticed that she has had less bad dementia days, is what I call them, or Alzheimer’s days, where she sleeps most of the day, she has no idea where she is. I’ve noticed that she has had less of those since we started doing these Saturday suppers.”

When it’s not Saturday supper time, they like to watch TV together, or play with the cats.

“We love baseball in this house, so we watch baseball,” Sorenson said (Detroit Tigers, of course). “And she loves ‘The Waltons,’ because that was about the time that she grew up. So that is a really good show for her, because then we will talk about the old times, and she will tell me things she remembers.”

She said Alzheimer’s is strange like that. It affects short-term memory more than long-term memory: “With Alzheimer’s, they’re gonna remember everything from their past, but they don’t remember what they had for breakfast in the morning.”

She said her mom still remembers stories from her childhood, and historical events that happened in her lifetime.

“We keep pictures of her mom, of her brothers and sisters, and we talk about them,” Sorenson added.

She said some believe Alzheimer’s is genetic, but that anyone can get it, and some get it as early as their 40s. It’s more common to exhibit signs later in life, though. She added that the disease can also affect a person’s temperament.

“A lot of times, with Alzheimer’s, you’ll see very significant personality changes,” Sorenson said. “My mom has always been the sweetest, nicest lady you’re ever gonna meet in your entire life. She still is, but she could turn violent, she could be combative.”

She said her mom can still remember names, often without prompting, but sometimes she needs reminders. She said she is lucid now and could remain so for years. She added that disturbing the routine of a person with Alzheimer’s can be very upsetting for them.

“It’s a very frustrating disease for everyone involved,” Sorenson said, adding that it can be like being a prisoner in your own body when you can’t figure out what is going on even though you know you should be able to recall the information.

In January, Sorenson’s husband went into the hospital for emergency heart surgery, and she was distraught, but she kept taking care of her mom through it all. And one night when she needed it most, her mom gave her a loving reminder.

“So I was putting her to bed, and every night I tell her, ‘I’m right in the next room,'” Sorenson said. “I tell her I love her, and I tell her that she’s the best mom in the world. It’s a little mantra that we have. And so, in the middle of it, I started to cry.”

She told Mom she was scared, and her mother pulled her head to her chest and cradled her as she sobbed, stroking her hair and repeating softly, “It’s gonna be OK. It’s gonna be OK.”

Sorenson just tries to spend as much quality time with her mother as possible these days, and she knows that no matter what, her mom still loves her, and still feels that she is loved by a daughter who will never leave her side.

Darby Hinkley is Lifestyles editor. She can be reached at 989-358-5691 or dhinkley@thealpenanews.com.

2.) Challenges in planning or solving problems

3.) Difficulty completing familiar tasks at home, at work or at leisure

4.) Confusion with time or place

6.) New problems with words in speaking or writing

7.) Misplacing things and losing the ability to retrace steps

9.) Withdrawal from work or social activities

10.) Changes in mood and personality 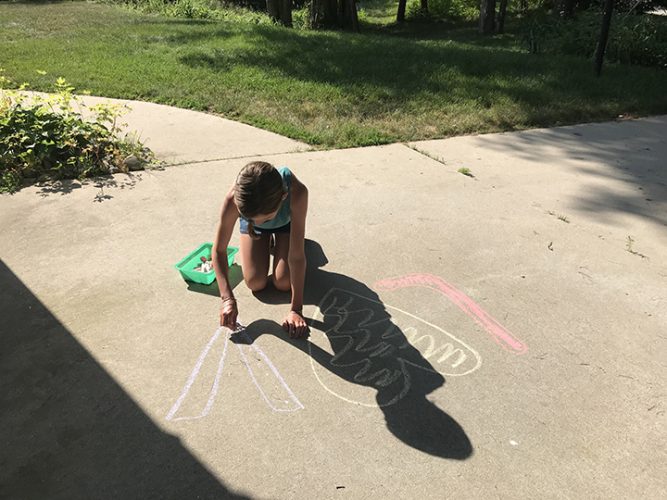 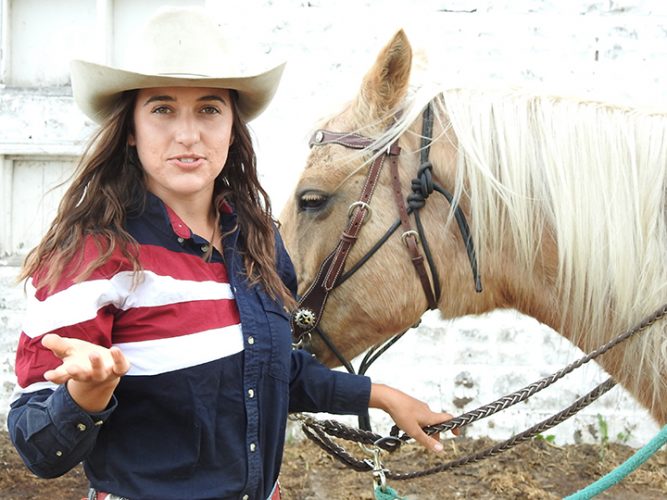 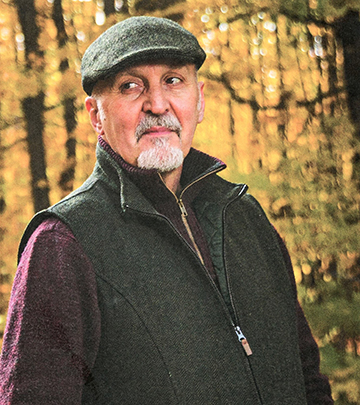 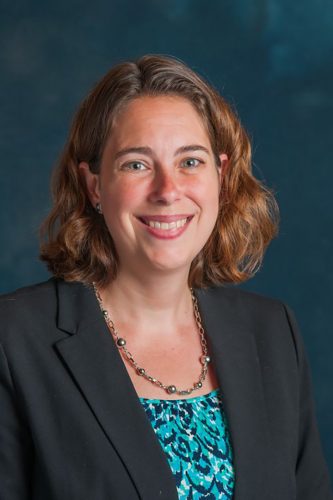 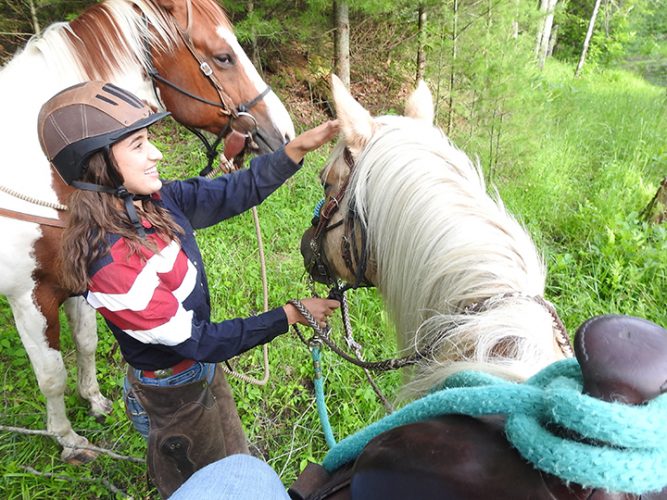