Amid nationwide protests following the death of George Floyd, a handcuffed Black man who died in police custody in Minneapolis, Color the Creek festival founder Justin Andert wanted to give a space for artists to elevate their calls for social justice.

Local and regional artists gathered over the weekend to create 10 large-scale murals that included portraits, words and abstract patterns, according to the Battle Creek Enquirer.

At the edge of the wall are the names of Black individuals whose lives were taken prematurely, under the phrase “say their names.”

“Artwork is a great way to create visibility and representation for folks,” said Justin Andert, Color the Creek festival founder. “It’s really to create that connection for people as they’re going about the community, to see things they can relate to, or to recognize things that are happening in the world.”

Andert and his team brought the Black Lives Mater project to life in only 10 days; he usually spends six months preparing for the festival.

Vania Word, a Battle Creek native, says she was “ecstatic” when Andert asked her to contribute a piece to the wall.

“The Black Lives Matter movement is extremely important, it’s something that is at the forefront of everyone’s lives right now, and being a Black artist, why not?” Word said. 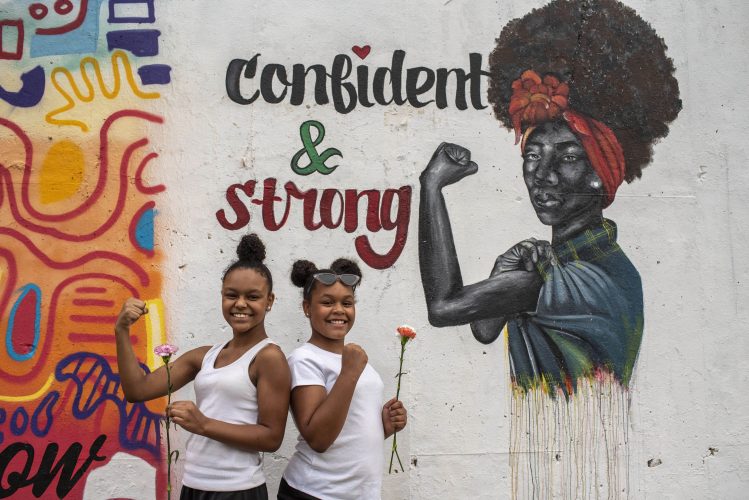