The Democratic governor — who has been gradually reopening the state — hopes to let gyms, movie theaters and bowling alleys restart by July 4. They currently are operating only in northern Michigan.

The state of emergency, first declared more than three months ago, is the underpinning for a slew of orders.

They include a pause on residential evictions, caps on crowd sizes, an additional six weeks of jobless payments, requirements to wear masks and socially distance, delayed tax deadlines and new workplace infection-control rules.

“Now is not the time to get complacent,” Whitmer said in a statement. “We must continue to stay vigilant and flexible in order to reduce the chance of a second wave.”

She said nearly every state in the country is maintaining a state of emergency to cope with COVID-19. Though the Republican-led Legislature earlier refused to extend the emergency and sued Whitmer, a judge said she can lengthen it on her own under a 1945 law.

GOP lawmakers have appealed the ruling. Separately, Unlock Michigan — a group with ties to Republicans — is in the early stages of a ballot drive to place before the Legislature veto-proof legislation to repeal the 1945 law.

“The 1945 law would literally allow a governor to declare a state of emergency to exist from their first day in office, and then issue a stream of orders for four full years,” said spokesman Fred Wszolek. “We intend to wipe this law from the books, and force a governor and a legislature to work together with proper checks and balances as intended.”

Whitmer on Wednesday called attempts to strip her powers “irresponsible and dangerous.”

The state health department on Thursday reported 26 additional coronavirus deaths and 225 more cases. There were more than 6,000 deaths — sixth-highest in the United States — and 66,000 cases overall.

As of Wednesday, Michigan had seen 28.4 new cases per 100,000 residents over the previous 14 days, which was lower than all but five states.

For most people, the new coronavirus causes mild or moderate symptoms, such as fever and cough that clear up in two to three weeks.

For some, especially older adults and people with existing health problems, it can cause more severe illness, including pneumonia, and death. 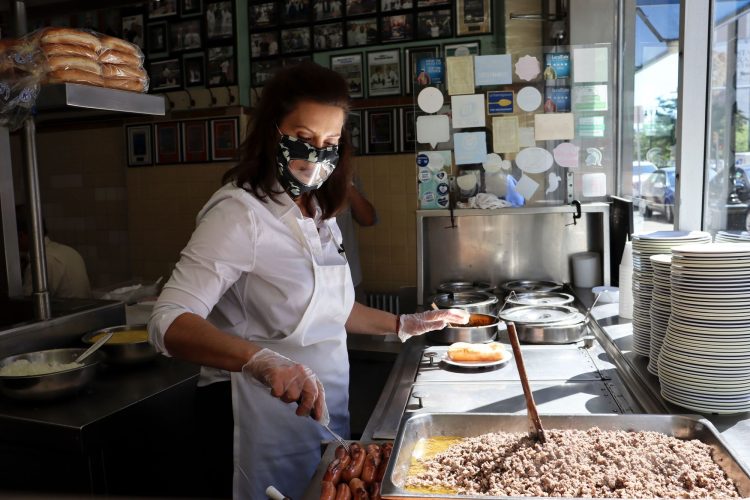 Huron Humane Society: Most animals come in from Alpena