Submitted to The News 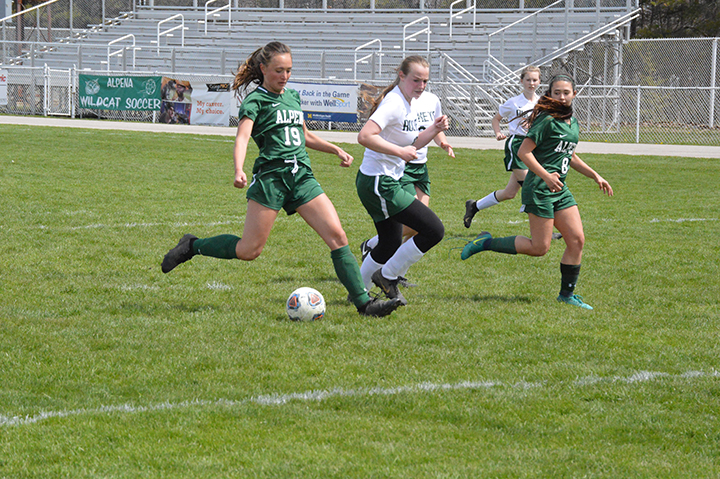 ALPENA — The Alpena High School Athletic Department named Eli Winter and Anna Young as the 2019-20 Male and Female Athletes of the Year during the Virtual Senior Awards on Thursday.

Winter was a standout on the football field as a two-way player.

He led the Wildcats in rushing and was named the top running back in the Big North Conference as a senior.

In track, Winter set marks as BNC and Regional champion in Discus and Shot Put over the course of his varsity career. 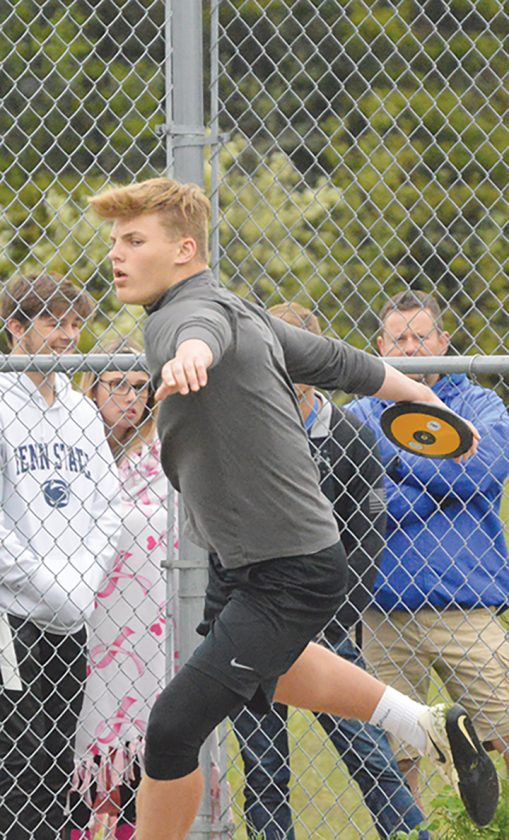 News File Photo Alpena’s Eli Winter throws the discus during The Alpena News Honor Roll Invitational in this News archive photo from May 2019.

During his junior year, he captured the state title in the Discus and placed seventh in Shot Put.

Winter will continue his track career at the University of Michigan.

“Eli is one of the hardest working individuals I know. He strives for perfection in everything he does,” head track coach Collin Riffert said. “Eli is a great athlete because he doesn’t stop, he has no offseason. You will find him in the weight room, at the track, throwing implements wherever he finds room. A perfect example of what hard work can accomplish. Alpena is lucky to have such a great role model. I was lucky to have the opportunity to coach such a fine young man. I look forward to Eli’s future achievements. Best of luck to Eli as he begins his journey as a Wolverine!”

“As a first year head coach, I was extremely fortunate to have had this group of seniors because of their leadership abilities. I cannot thank them enough for exemplifing what hard work can translate to. Eli Winter epitomizes both leadership and hard work,” head football coach Eric Mitchell said. “As a captain, Eli was stoic and offered a levelheaded approach to everything we did. He is extremely coachable, and truly wanted what was best for the team, not just for himself. The fruits of his hard work show themselves: all state, first team all conference in two sports, and a scholarship to the University of Michigan. It is a blessing as a coach to have your best athletes be your hardest workers, and I cannot be more proud of Eli what he has accomplished as a Wildcat. Good luck, and enjoy your journey a Wolverine!”

Although plagued by injuries, she remained a solid contributor during the rest of her cross country career.

In basketball, Young was a hard-working player defensively and was a strong force on the boards. Her speed and quickness made her a dangerous transition player in fast breaks.

In soccer, she was the leading scorer all three of her varsity seasons.

She set records for goals scored and assists in a career and was a two time All-BNC and All-Region selection, as well as honorable mention all-state.

Young will continue her soccer career at Delta College.

“Anna was the offensive engine to our team. She had a nose for the goal and could gain separation from defenders with ease. She will go down as one of the top Wildcat soccer players despite missing her senior season,” head soccer coach Tim Storch said.

“Anna had a lot of potential as a runner. Plagued by injury most of her running career, she was still able to contribute to the team,” head cross country coach Joy Bullis said.

“Anna was not the most skilled basketball player on the team, but she was one of the hardest workers on the team. She is an athlete, and when you are an athlete you used your talents however you need to for the game you are playing,” head girls basketball coach Erin Andrews said. “She is fast, strong, and competitive. She didn’t back down from any challenge that we put in front of her.”

News File Photo Alpena’s Eli Winter throws the discus during The Alpena News Honor Roll Invitational in this News archive photo from May 2019.