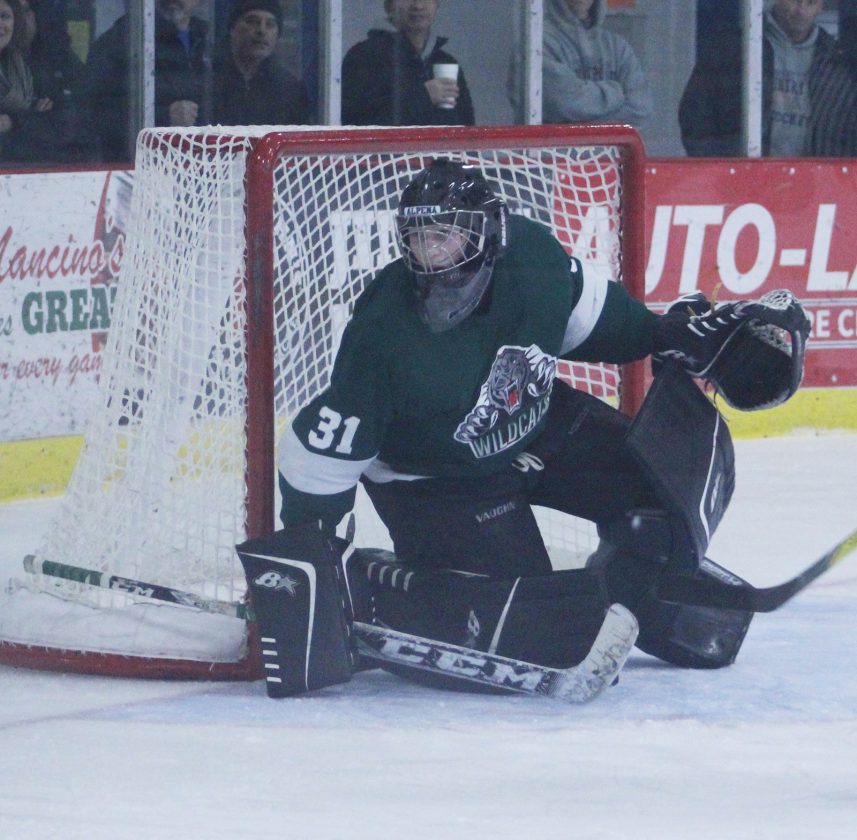 Alpena goaltender Cooper Black follows a puck during a high school hockey game this past season against Detroit Country Day at the Otsego County SportsPlex in Gaylord. On Wednesday, the Michigan High School Hockey Coaches Association awarded Black as its goalie on the Dream Team.

Black was selected in the sixth round and 81st overall by the Lancers, who area Tier 1 junior hockey team.

Black spent the past season with the Maryland Black Bears of the North American Hockey League, a Tier 2 junior hockey team.

Black finished his high school career with a 22-3-1 overall record and led the state in multiple categories, with a .964 save percentage, a 0.87 goals against average, and recorded eight shutouts, while allowing just 19 goals in 26 games and stopping 509 of the 528 shots he faced.

For his efforts, Black was named to the Michigan High School Hockey Coaches Association Dream Team for the 2018-2019 high school hockey season and was the first player in Alpena hockey history to earn MHSHCA Dream Team honors.