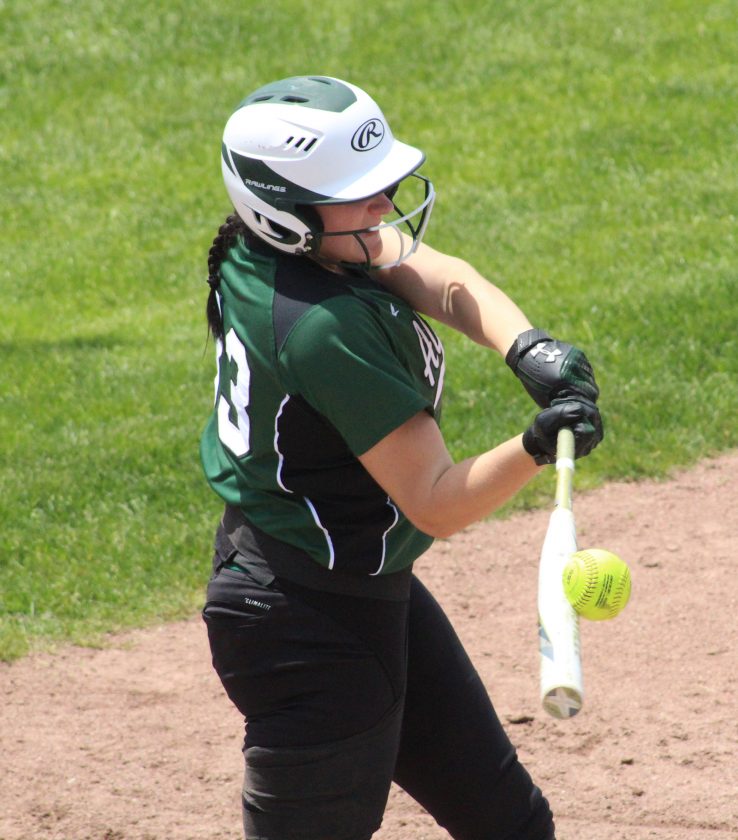 Not all hope has been lost for the spring sports season, but with each passing day, the hope for seniors to be able to compete in their final high school sports season slowly fades.

After the high school sports season was put on hold just over a week ago, athletes, coaches and fans have been left to wonder what decisions will be made and what the end results will entail.

The high school sports season was put on hold with winter sports in the midst of their postseasons coming to end, while some athletes were training and focusing on the spring sports season ahead.

Schools have been shut down and a target date of April 6, is still in the realm of possibilities, but the current coronavirus pandemic we are all facing may seem like a return to school, sports and normality is a long shot.

The situation has only grown worse since the immediate shut down of schools and postponement of all sports.

Earlier this week, schools remained shut down, but now, many businesses have been limited or closed completely.

For local athletes, not only are they not allowed to get into or be around the schools, but area gyms and fitness centers are closed, leaving athletes with yet another obstacle as they are now faced with a challenge to stay in shape so that they are ready, if their season can be played to some extent.

“It’s simple really. The virus could really screw up our whole spring sports season. We have no way to have any form of official practice. With no coaches, it’s going to be challenging for everyone to stay in shape over this three week break,” Alpena High School senior Gabe Bullis said. “Over the next three weeks, it’s possible kids won’t be coming back to track season in any sort of competitive shape. Our entire conditioning season was cut out and we have to try and recover somehow when or if we pick track back up.”

Bullis is one of the many affected in a huge way.

Bullis signed his National Letter of Intent to continue his athletic career and perfect his craft, committing to the United States Naval Academy just over a month ago.

Bullis holds several school records and was a Division 1 state champion in the pole vault a year ago.

He was one of two Alpena Wildcats to win a state title as senior Eli Winter was also a state champion in the discus during his junior season.

Winter, a University of Michigan commit, also holds a handful of school records and both were determined to defend their state championships and finish off stellar careers with back-to-back state titles in their respective events, but now neither of them may get that opportunity.

“I can’t practice vaulting at all on my own. I’ve always made due with what I have. I’ve been able to maintain my shape by working out every day on my own,” Bullis said. “I can do some drills at home with any sort of equipment I can access. So for me, the most difficult part is not being able to get my vaulting in, but I can still stay in shape and build on my muscle memory.”

The Alpena track and field teams aren’t the only teams to have a special season potentially taken away from them.

The Alpena softball team was coming off of a loss in last years regional championship game and returned a plethora of talent.

The Wildcats were going to be led by five college bound players this season and were aiming for a 10th consecutive Big North Conference championship and continuing their dominance on the diamond.

Now Paul Marwede and his group of Wildcats may miss out on what could have been a dream season.

“I personally feel that my senior year is being taken away from me, not that anyone is to blame for that because it is what it is and keeping people healthy is more important. With that being said, I am hopeful that my spring sports will resume in a few weeks or so and I have been working hard to keep myself in shape,” Alpena High School senior Jade Schultz said. “I normally would work out at the Bay Athletic Club, but for the time being, I have been working out at home and pitching in my garage. I would have never though this is what my senior year would be like, but on a positive note, the class of 2020 will be unforgettable. It’s good to just stay positive in times like these.”

Another area softball team that always finds success and has dominated for the past decade is Rogers City.

Karl Grambau’s Hurons were ready to make a run at a ninth straight district title, a fifth consecutive regional championship and attempt to advance to the state semifinals for the third year in a row.

“This virus has affected my senior softball season. It has been a very frustrating thing because there are four seniors on the team and we have all been playing together since we were in Little League,” Rogers City High School senior Kyrsten Altman said. “We were all looking forward to working hard and having a great season, but unfortunately we don’t know if we will be able to to continue. As of now I have been working out at my house as much as I can and continuing to pitch on weekends with the hopes of being able to complete my senior season.”

With so much still unknown and all that has happened, the athletes are not left with much hope at the moment.

Yet it seems as if that’s all they can do, hope and pray that sometime soon there will be a bit of good news leading to some positivity after a going through a stretch where there has been so much confusion and negativity.

“It’s hard to stay in shape with everything being shut down. Not having the gym and my normal workout routine with college and workouts as well as my spring sports is difficult,” Hillman High School senior Gunner Mellingen said. “I’m really hoping it blows over quick so everyone can get back to the regularly schedule program that is life.”

April 6, will be an important date for many athletes. For now, schools will remain shut down, sports won’t be played and life for athletes will continue to be unnatural.