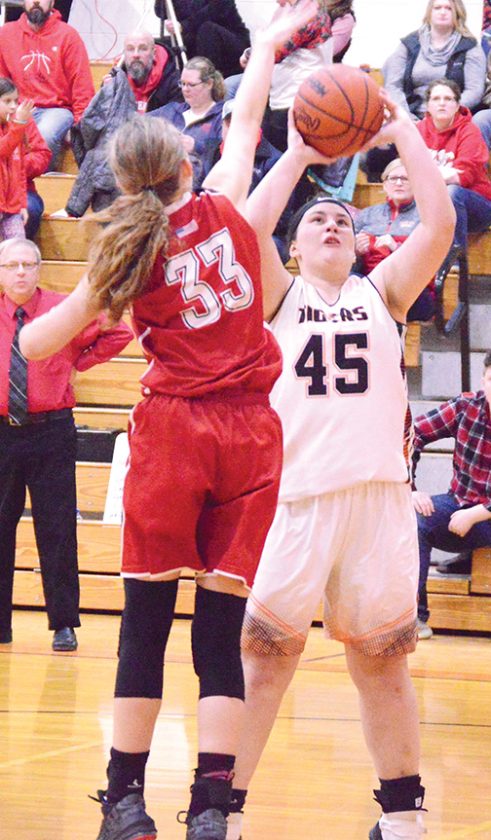 Who wants it more?

It’s a simple question, but it says everything about the Hillman and Posen girls basketball teams as they prepare for their biggest game of the season.

Both teams will meet at 7 p.m in a Division 4 district championship game in Hillman tonight.

A win for Posen (16-5) would give the Vikings their first district title since 2016. A Hillman win would mean a third district title in four years for the Tigers (15-5).

Both teams didn’t play their A-games on Wednesday in their respective district semifinal wins–Posen beat Wolverine and Hillman beat Onaway–both they found a way to get the job done when it mattered.

Tonight’s game will be the rubber match between the two teams. Posen won the first game 57-36 in Posen in January and Hillman rallied to beat the Vikings 49-47 in Hillman last month. Besides the obvious goal of winning a district championship, both teams will be plenty motivated ahead of the contest.

Posen will be out for a measure of redemption on two fronts. The Vikings lost to Hillman in last year’s district amidst a controversial finish that saw some confusion over the number of fouls called on certain players and what was recorded in the official scorebook.

The Vikings will also be looking for a better finish to tonight’s game than February’s matchup against Hillman, where they were outscored 18-9 in the final 10 minutes and lost by two.

Hillman rallied in that February win and rallied again for a win on Monday and Hillman coach Jenny Taratuta is hoping to see that same energy from her team again tonight.

Both teams have plenty of offensive capability–Riley Krajniak and Elena Kalbitzer average 13.8 and 13.4 points per game respectively for Posen and Bailey Schook is averaging 14.5 per game for Hillman.

However, the key to victory tonight may come down to which team plays better defense. Posen won the first head-to-head matchup this year in part because it locked up Schook. They’ll be looking to do it again tonight while Hillman wants to slow down Krajniak, who canned a career-high 30 points on Monday, as well as Kalbitzer, Makayla Kamyszek and Ella Szatkowski, who can all step up in big games.

The Alcona and Oscoda girls basketball teams will be playing in a rubber match of their own tonight.

Both teams have met in the last two district finals and will do so again at 7 p.m., tonight at Whittemore-Prescott in a Division 3 final.

The Owls have taken two regular season matchups from the Tigers this year and are arguably the favorite again tonight. But it’s always tough to beat a team three times in a season and the Tigers have been one of the few teams to push the Owls this season.

Alcona trailed by just five after three quarters in a February matchup and eventually lost 41-34. With a full compliment of players, the Tigers should have a shot to topple Oscoda and stifle an Oscoda’s lineup that includes senior Lauren Langley who leads the area with 20.4 and 10.3 rebounds per game.

“I know that our girls are looking forward to the challenge,” Alcona coach Mark Feldhiser said after his team’s 40-38 win over Tawas on Wednesday.