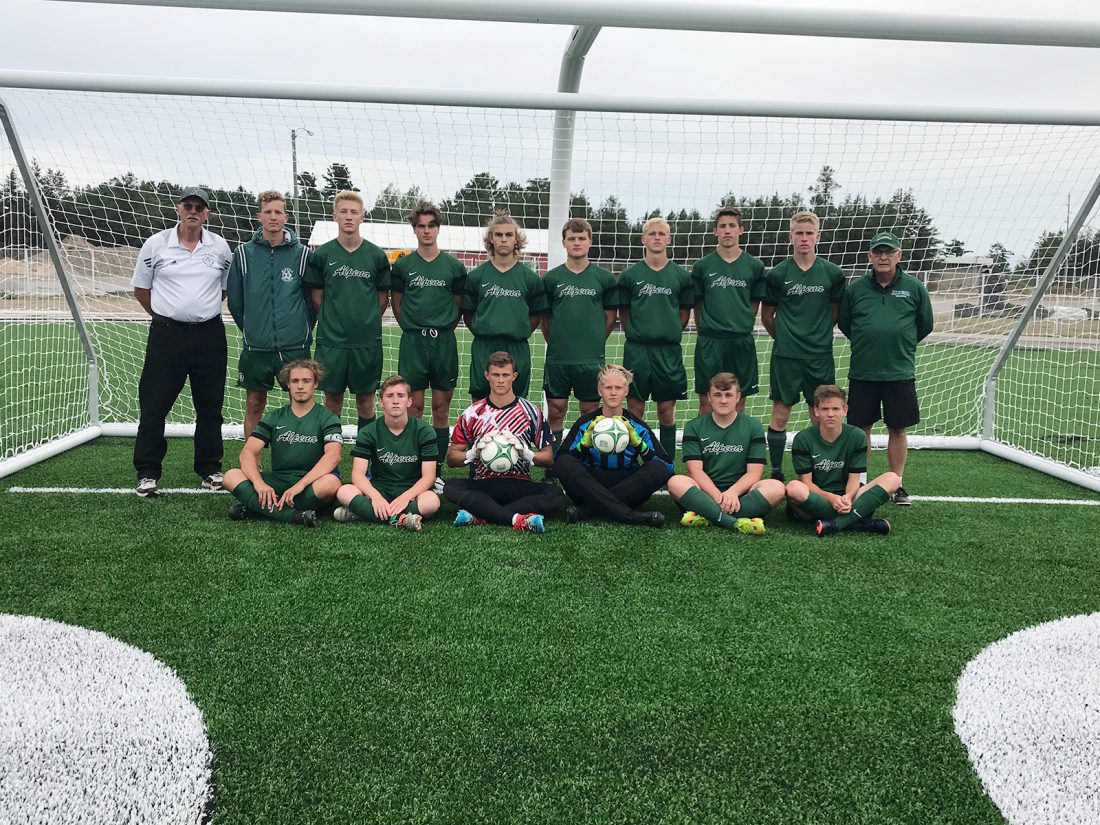 News Photo by Jonny Zawacki The 2019 Alpena boys soccer team has gotten off to a 4-0-1 start this season. The Wildcats have outscored their opponents 29-2 in five games this season and are currently enjoying a four game winning streak in which they have outscored opponents 27-2. The goals and expectations are high for head coach Tim Storch and his group of Wildcats this season.

The Alpena High boys soccer program is past trying to get over the hump and trying to be a competitive team on the field.

The Wildcats have their eyes set on bigger and better goals and expectations for the 2019 season and with 10 returning players from a year ago, head coach Tim Storch is confident that his team can stay near the top of an always challenging Big North Conference and make a deep run in the state tournament at the end of the season.

“The goals and expectations are high, they’re very high. I looked at the first five games of the season and realistically thought we could be 5-0 or very close to it if we played well and that start would set us up for league play,” Storch said. “We return 10 players and add Ivo (Arvidsson-Ullberg) to that who is really a quality player as a foreign exchange student and mix that in with the kids we added from JV, it’s a squad of 15 and we’re experienced. I expect us to be a factor in the league for sure.”

Despite graduating arguably the best player in program history a year ago in Aidan Day, the Wildcats were fortunate to land Ivo Arvidsson-Ullberg as a foreign exchange student and the senior striker has already made his presence felt as he’s recorded seven goals in the teams first five games as Alpena has jumped out to a 4-0-1 start and were just seconds away from a perfect start after they allowed a late goal in the season opener.

Junior Matt Diamond will be a serviceable backup goalkeeper behind Harrison and juniors Mike Clark, Joe Williams, Brett Najmowicz and Grant Botha make up the rest of Alpena’s talented and experienced team.

“Aidan will probably go down as the best player in program history, but sometimes you gain a little by graduating a player like that because we relied so heavily on Aidan, that in some ways that made us easier to defend because they knew Aidan was the guy,” Storch said. “Now there are multiple weapons I hope, and I hope we continue to develop multiple weapons and down the road that might make us a tougher team to defend. I’m looking for guys to step up and if we can get some guys to step up, we could be a team that can score from five or six different positions. We need to find someone else that’s ready step up and that will help us ease the loss of a guy like Aidan.”

Alpena opened its season with the teams annual Sunrise Side Soccer Cup Challenge and played Boyne City to 1-1 tie and since then, the Wildcats have been on a roll and are winners of four straight after defeating Adrian, Bay City John Glenn, Sault Ste. Marie and Bay City Central.

During their current win streak, the Wildcats are outscoring opponents 27-0 and have scored 29 goals through five games and have allowed just two.

The potential is their for Alpena to have a successful 2019 season and Storch and his group of Wildcats are aware of what is expected of them this season.