Posen eyeing a return to postseason 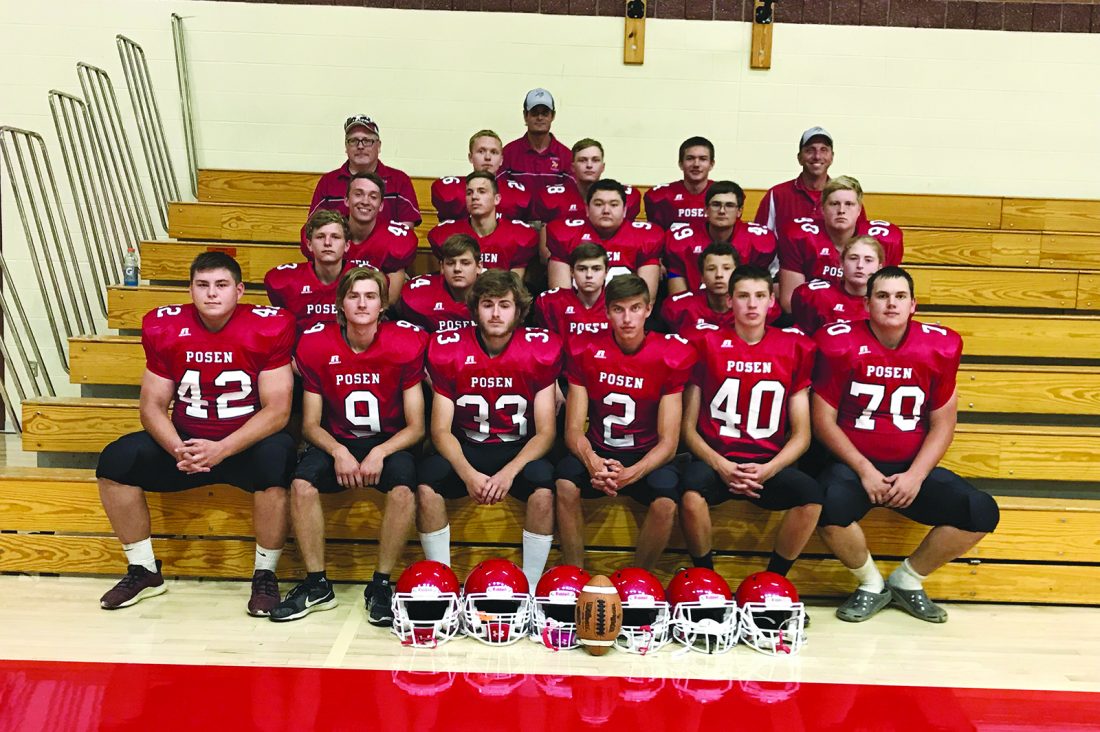 After missing the postseason two years in a row after its dream 2015 season, the Posen football team made it back to the playoffs last year and won a playoff game, finishing the season 8-3.

This year, the goals and expectations are similar for a Vikings team that is familiar with one another and head coach Greg Pietsch is hoping the chemistry of his team leads to more success.

“They are like brothers. This is an extremely tight knit group and they do everything together. It’s an excellent group that’s hard working and they all play to win and it’s a lot of fun to coach,” Pietsch said. “We put the work in during the offseason, but in football it’s one game at a time. It’s so important to stay healthy and that’s what we have to do. We have to focus on one game at a time, try to stay healthy and I think if we take that approach, some really good things can happen this year. I’m looking forward to it.”

There is plenty of competition and position battles, but it’s no secret that the Vikings will be led by quarterback George Kroll. Eyan Hincka will be on of Kroll’s go-to targets at a tight end position.

“We are set on a few positions because we do have some key players returning, but there are a lot of positions up for grabs and the competition has been good, which is what you love to see,” Pietsch said. “We have experience and these kids are familiar with each other and have played together since they were little. I’m excited for these kids because they all look forward to this time of the year, this sport.”

AJ Brunet, Tyler Brunet, Kyle Kensa and Chase Dubie will all see time in the backfield and carry the football. Along with Hincka, Wyatt Romel will see time and a tight end position and make up the rest of the skill positions on the offensive side of the ball for the Vikings.

On defense, Posen will once again be solid as they are loaded with players who can play multiple positions and the Vikings have a handful of two-way players that are going to be key on offense and defense.

Posen will open the season at home against rival Hillman in a game that will give the Vikings a good understanding of how their season may play out.

The first eight games on Posen’s schedule will be conference games and the opportunity is there for Posen to get back into the playoffs and enjoy similar success like last year.

“My realistic goals as a coach (are to) try to mold this team and show these kids the ropes and get them to reach their potential. We don’t talk about winning championships that much and it’s something that we certainly like to do and we’d love to put trophies in the case, but we focus on trying to be the best that we can possibly be with our individuals and mold that into a team,” Pietsch said. “There’s a lot of focus right there on just trying to give your best effort day in and day out and the results take care of themselves if you can do that as a team.”