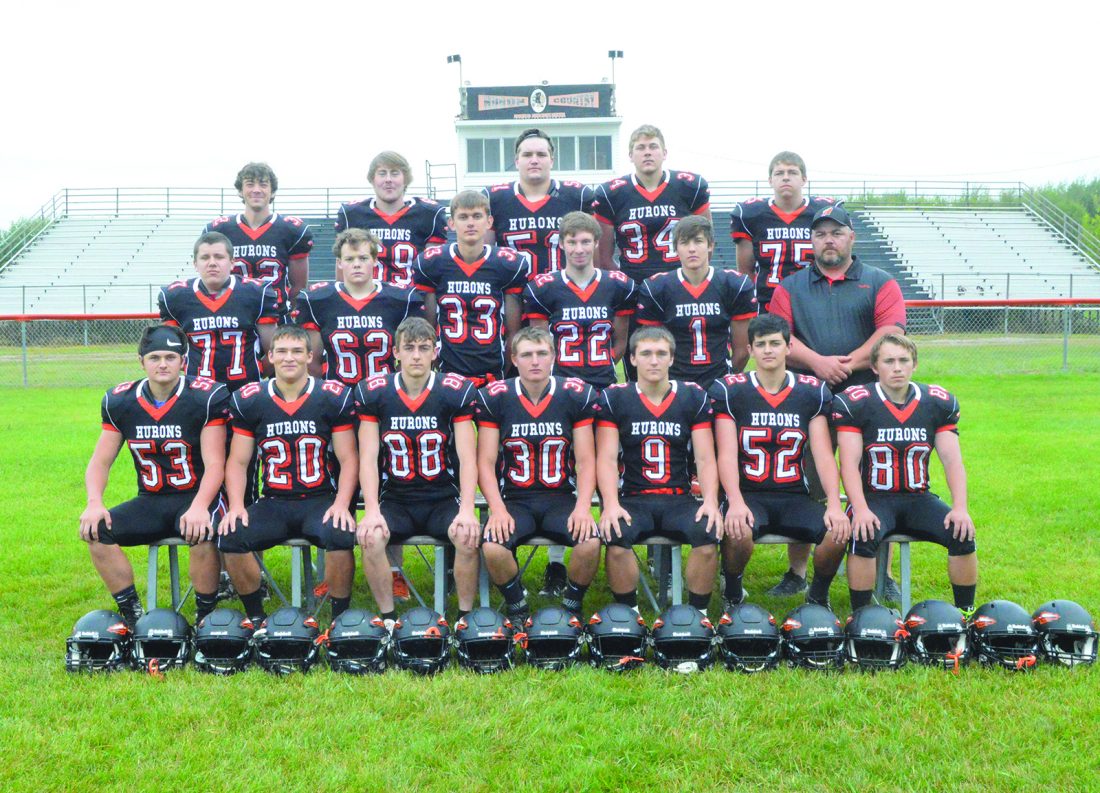 Now the Hurons want to take things a step further.

A year after going 8-2 and returning to the playoffs for the first time in nine years, the Hurons are out to prove last season was the start of a new era of success for the program.

With a group that includes seven seniors, the Hurons are gunning for a playoff encore in coach Jesse Fenstermaker’s second year on the job.

“(Our expectation is) more of the same. We started camp with most everybody in pretty good shape. They want to win. They have goals,” Fenstermaker said. “They’d like to win the conference this year, kind of avenge the one loss in the regular season we had last year and maybe avenge the loss we had in the playoffs last year.”

Last season’s success was a tremendous shot in the arm for a program as players saw their hard work pay off with lots of scoring, lots of winning and plenty of momentum to keep the program trending upward.

“I think it just gave the younger guys more confidence that hey ‘We’ve got something brewing here; a good winning formula.’ We’re going to stick with it and really they’re going to take it and run with it,” Fenstermaker said. “They are excited about playing and they’re excited about getting out there and competing.”

The Hurons lost 10 seniors from a team that averaged more than 24 points per game last season, but Rogers City still has plenty of playmakers who can put points on the board. Though standouts like Kaleb Budnick, Michael Karsten and Caleb Bade have graduated, Fenstermaker is eager to cater his team’s schemes to the talented personnel he has.

“As I always do every year, I built the offense around who I have. I can’t expect them to come in and just run the same thing we did last year and expect it to work,” Fenstermaker said. “They have a certain skill set, so we have to kind of shape it around them and make it work to our advantage.”

With Bade’s graduation, junior Isaac Hein steps into the quarterback spot with a skill set Fenstermaker said is every bit as good as the one Bade brought to the table, including a beautiful spiral. Hein started some games under center as a freshman and should give the Hurons plenty of versatility under center.

In the backfield, the Hurons return plenty of talent and will likely run the ball by committee. Seniors Jaylen Fleming, Lewis Fleming and J.D. Ellenberger all return and will be joined by junior Clayton Henry.

At wideout, Rogers City will have plenty of athleticism as juniors Nick Freel and Matt Newhouse step into the mix. Junior Drew Flewelling returns to that group as well and both Flemings and Ellenberger can catch passes too.

“I think we have more athleticism in more spots this year. We had a lot of athleticism, but not in quite as many positions,” Fenstermaker said. “We’re probably going to surprise some people with our speed and how well we move.”

Up front, the Hurons graduated a significant portion of their offensive line, but Fenstermaker said this year’s group is bigger has the potential to be even better than last year’s group. Junior Will Stypick will anchor Rogers City at center and senior Nick Toth will play one of the tackle spots. Seniors CeJay Bixby and Zeb Grzesikowski return and will vie for starting spots and juniors Dylan Daugherty, Alex Meyer and Jacob Longoria are all in the mix for a spot on the line too.

The same group will vie for spots on the defensive line and Lewis Fleming and Toth are among those returning in the linebacking corps. In the defensive backfield, Ellenberger will be a likely anchor after recording a fumble recovery, seven interceptions and scoring a defensive touchdown last season.

A year after finishing second to Oscoda in the North Star League standings, the Hurons are aiming to take the conference title and avenging last season’s 16-0 loss to the Owls.

After the first two goals are accomplished, the Hurons are aiming for a better playoff showing. After going 8-1 in the regular season in 2018, Rogers City struggled in an opening round playoff loss to Iron River West Iron County and lost 28-8.

The Hurons will play Whittemore-Prescott, Tawas, Oscoda, Sault Ste. Marie and Manton on the road and will host Harbor Springs, Mancelona, Alcona and St. Ignace. Rogers City hopes that gauntlet will end with a return trip to the postseason and a better result this time around.