Hillman hoping for more success in second year of eight-player 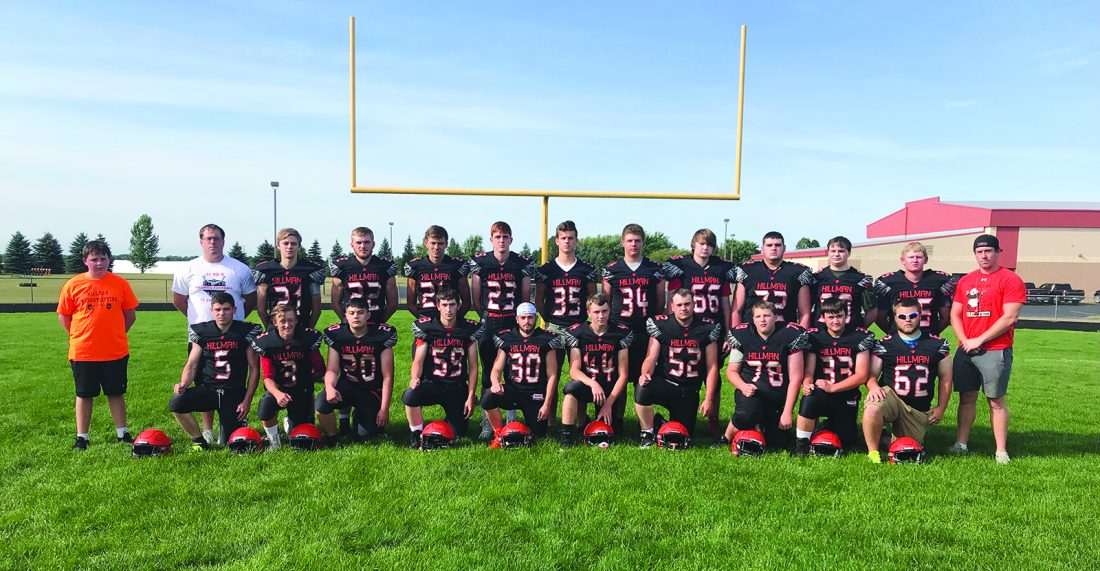 Not many programs around the area have enjoyed the success that the Hillman football program has over the 13 seasons.

In their first season of eight-player, the Tigers transitioned nicely by going 8-2 and running their always-important playoff streak to 13 years in a row under first-year head coach Cody Allen.

The goals and expectations are similar in 2019: continue the success and run the streak to 14 straight seasons.

With all that Hillman has coming back, there should be no reason why the Tigers won’t be able to continue their winning ways.

“We learned a lot from last year. We kind of learned things on the fly with it being our first season in eight-man, so this year we have the knowledge under our belts and we’re just going to try to continue to grow and get better,” Allen said. “We’re going to have a mix of the same stuff as last year. We’re going to mix it up through the air and on the ground. Last year we though we had a plan and we ended up throwing most of it out the window and restarting. This year we’re just going to continue from where we left off with the offense and make things happen.”

This year the Tigers open the season with rival Posen and go on to play familiar opponents during the year and. If things go well, the Tigers have the potential to put together one of the best seasons in school history and possibly go undefeated in the regular season for the first time in 29 years.

Hillman is loaded with playmakers, most notably returning seniors Gunner Mellingen and Caleb Sanders. Mellingen is primed for a big 2019 season after he was the do-it-all star for the Tigers a year ago. He racked up more that 1,500 all-purpose yards and scored a combined 25 touchdowns alternating between running back and receiver, while also returning kickoffs and punts for the Tigers.

Sanders will be Hillman’s go-to-guy out of the backfield. Last year Sanders toted the rock 98 times for 820 yards and reached pay dirt 10 times. Sanders also missed four games, so the opportunity to build off of last seasons solid year is certainly a possibility.

“We have eight seniors and we have a lot of weapons on both sides of the ball. We have players returning that can make an impact and they’re all playing key spots,” Allen said. “We are expecting a lot of guys to take a big step forward this year and have big seasons.”

Senior Nash Steinke will quarterback the Tigers this year and has the ability to hurt opposing defenses with his arm and his legs. Along with Mellingen, another one of Steinke’s favorite targets will be 6-foot-4 wide receiver Isaac Morrison. The duo of Mellingen and Morrison combined for over 800 yards receiving and 10 touchdowns.

Kody Kalanquin will anchor the Tigers on the offensive and defensive line and sophomore Sean Henigan will be a key player for Hillman at a defensive back position.

“We’re looking for more of the same. We’re always looking to extend that playoff streak and be in contention for a North Star League championship,” Allen said. “We just have to be physical this year. That was one of our downfalls at times last year when we ran up against some the more talented teams. That’s something we’ve definitely tried working on and hopefully it will pay off and we’re doing everything we can to prepare for what we believe can be a great season.”