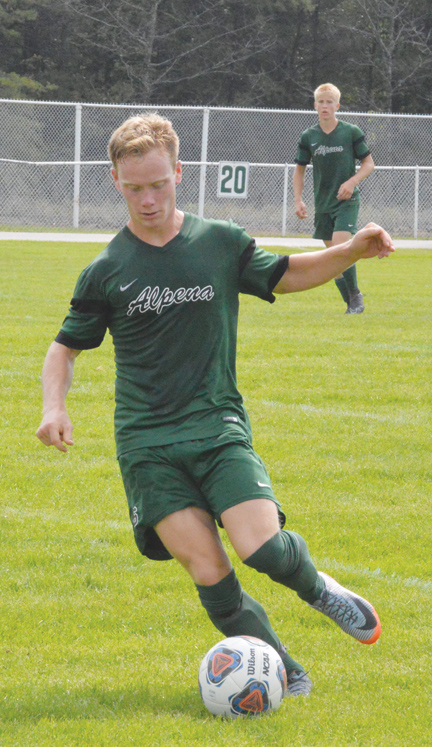 Day scored three goals and assisted on a goal by Deven Saranen as the Wildcats (4-2) won their fourth straight game.

Wenton Harrison was in net for the shutout and Thursday’s game marked the third straight shutout for Alpena.

Day’s hat trick gave him 10 goals for the season and Saranen’s goal was his second of the year.

The Wildcats led 2-0 at halftime.

“It was a busy first week, but I’m very satisfied, especially knowing that those two losses could have easily been wins or ties,” Storch said.

BRECKENRIDGE–The Alcona football team couldn’t get much going against Breckenridge on Thursday and was defeated 41-0.

The loss gives Alcona its first 0-2 start for the first time since 2005.

At press time, no further information from the game was available.

Alcona returns to action next Friday and will host Oscoda. The Tigers have won their last three matchups against the Owls, including a 56-55 thriller in 2015.