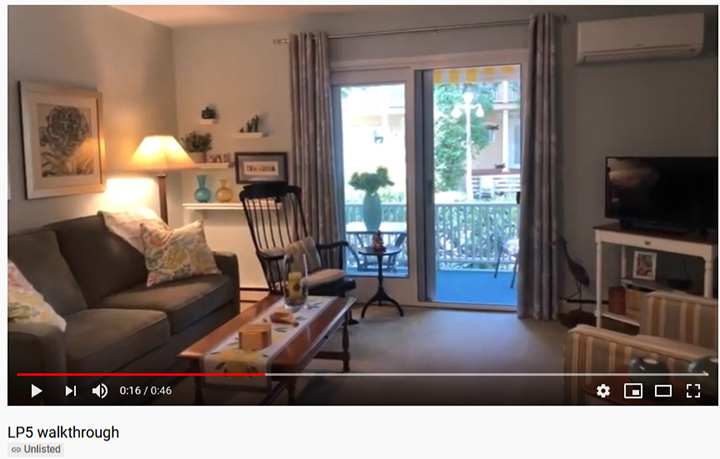 Courtesy Photo Members of the Chautauqua-Cattaraugus Board of Realtors in southwestern New York have utilized virtual home tours during the COVID-19 pandemic. A screen shot from one such tour posted to YouTube is shown here.

JAMESTOWN, N.Y. — The pandemic changed the way people shop for houses, and in some cases, gave owners second thoughts about putting their property on the market.

But it didn’t do much to slow down buyers.

“Buyers were still in the market to purchase homes and were more than willing to view properties virtually and to make offers,” said Darcie McLachhlan, executive officer for the Chautauqua-Cattaraugus Board of Realtors in southwestern New York.

Virtual showings were the only option for prospective homebuyers until the western region of New York entered phase two of its reopening plan, she said. Starting June 2, Realtors were allowed to give in-person tours while wearing face coverings and maintaining six feet of social distance.

In spite of that, the two-county area saw a 26.3 percent increase in average sale prices and a 20.7 percent decrease in the number of days on the market for April and May, McLachlan said.

“It has been a really great market for sellers,” she said. “They’re selling faster because there’s not as many.”

Due to COVID-19 restrictions, homeowners have the option of withdrawing their property from the market, a step some have taken because of concerns over the pandemic, McLachlan said.

New listings were down 56 percent in April and May. However, there were 260 through June 29, putting the month on pace to match the numbers from last year’s June, McLachlan said.

Around the second week in April, the number of withdrawn listings began increasing in the nine counties covered by the Utah Central Association of Realtors, according to Nathan Rasmussen, the organization’s communications director. In many cases, they appear to be temporary.

It seems “more people are waiting to see where the market goes as opposed to just taking something completely off the market,” Rasmussen said.

On the other hand, the conditions may encourage some buyers to make decisions sooner.

“They say, ‘This might be the best I can get right now; this is safe,'” Rasmussen said.

In May, the number of closed sales in Utah County was down 16.6 percent compared with 2019, but the number of pending sales rose 23.7 percent, according to statistics provided by the Utah Central Association.

There was a bit of a lull in home sales when the state started taking actions to prevent the spread of the coronavirus in March, but area Realtors have adapted, Rasmussen said. Like their counterparts in New York, they’ve utilized apps like Zoom to conduct virtual showings or they have uploaded extensive amounts of pictures to websites.

“You can just roam through it as if you were there,” Rasmussen said.

Realtors in Iowa were designated as essential workers and have been able to continue showing houses in person, said Troy Anderson, managing broker/owner of Coldwell Banker Associated Realtors in Fort Dodge.

“We’ve been unrestricted, but obviously we’ve followed the social-distancing guidelines as much as possible,” he said.

Some sellers have requested that Realtors and prospective buyers wear masks when touring houses. They also leave hand sanitizer for folks to use.

Instead of the Realtor turning lights on and off as they move through the house, the residents may take care of that before and after the showing to minimize contact, Anderson said.

Even during the pandemic, he said, people still need to move for work or because they require additional space. But they may not cast as wide a net in their search.

“Their needs are still driving them; they’re just not looking as much,” Anderson said.

But it’s hard to say how much of that can be attributed to the pandemic, Anderson said, noting that low interest rates and a lag in building after the housing crash more than a decade ago are also factors.

“That’s been a trend for the past three years,” he said. “There’s just a real lack of inventory.”