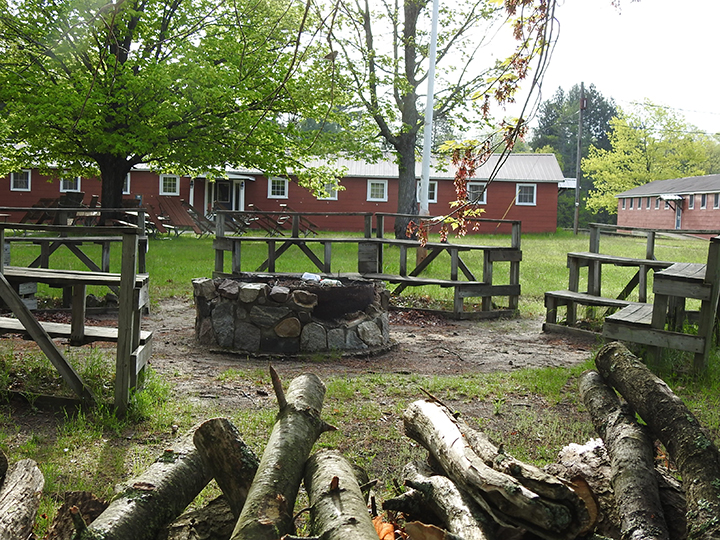 News Photo by Julie Riddle Ocqueoc Outdoor Center, home of many northern Michigan residents' childhood memories of bunk beds and songs around a campfire, may get a spot on the National Register of Historic Places.

ROGERS CITY — The Friends of Ocqueoc Outdoor Center want to see the center added to the National Register of Historic Places.

The center was built and used as a Civilian Conservation Corps camp while President Franklin Roosevelt was in office. The camp is located on the north end of Ocqueoc Lake.

Friends volunteer Mary Ann Heidemann, who also reports for The Presque Isle Advance, said it is one of two Conservation Corps camps in the state that still exists. She said the other camp is in Iron County and is occupied by sportsmans groups.

Heidemann recently told the Presque Isle County Board of Commissioners a letter from the property owner is needed to proceed with the historical designation. Since the county owns the property, the board agreed to send a letter of support to the State Historic Preservation Office.

Heidemann said the Historic Preservation Office completes the paperwork for the national register before it is sent to Washington.

The designation could draw tourists who travel to sites on the national register, she said.

“We do believe we’d see more outside visitors if that site were publicized, because, right now, it’s kind of buried in the forest and nobody but a few locals knows that it’s even there,” she said.

Kris Sorgenfrei, president of the friends group, said the group has missed out on some grants limited to properties with a Historic Register designation.

“I think that’s an important thing to consider, as well,” she said. “There would be monies available from some other sources besides state and federal monies.”

She said the friends group has also talked about using the camp’s “log building,” constructed by Onaway High School students, as a little museum.

The friends group has used grants to replace appliances and other upgrades at the camp in recent years. In her annual report to the board, Sorgenfrei said the new amenities should last the camp for the next 50 years.

Heidemann told the board the friends group may not hear anything until next year, because the coronavirus has slowed the work of state government officials.

CORRECTION: This story has been updated to reflect that the State Historic Preservation Office handles the paperwork for recognition on the National Register of Historic Places. The name of the office was incorrect in an earlier version of this story.