APS to balance budget with $2.1M from savings 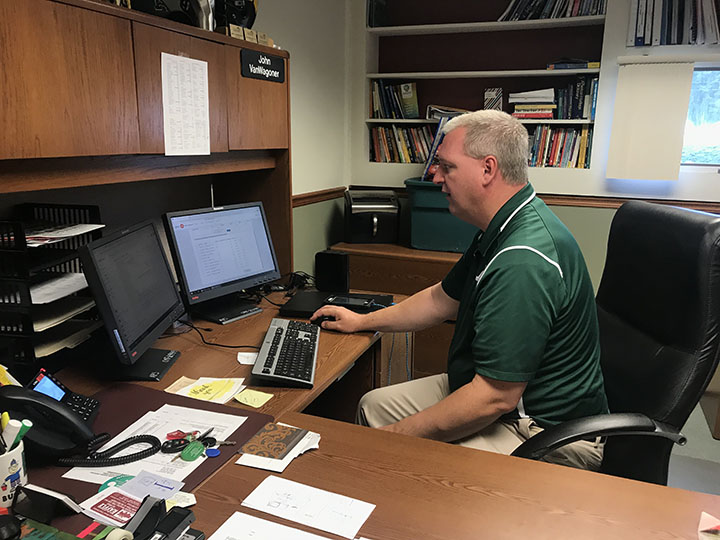 Mary Lyon, the district’s associate superintendent for business and operations, today recommended a budget projecting $40.9 million in expenditures and $38.8 million in revenues for the fiscal year that begins July 1.

Covering the gap between revenue and expenses would leave $3.9 million in savings, enough money to cover about 12% of the district’s annual expenses, Lyon told the school board’s Finance Committee. The board requires the district’s fund equity to remain at 10%.

Superintendent John VanWagoner said the district expects a decrease of $500 in per-pupil revenue from the state. The district currently receives $8,111 per pupil.

The state’s School Aid Fund lost billions of dollars because of economic shutdowns meant to prevent the spread of the coronavirus.

VanWagoner said other school districts expect a reduction of up to $750 per pupil, but Alpena officials don’t think a cut of that size will come to fruition. He believes a decrease of $300 per pupil is more likely.

VanWagoner said district officials tried to keep any cuts as far away from the classroom as possible.

“This is the best thing we can come up with while maintaining student programs that we think are valuable and yet being very fiscally responsible and as frugal as we can be,” he said.

VanWagoner said the retirements of 17 teachers, one administrator, one bus driver, and one instructional assistant would help the district out because not all of the positions would be filled.

He said money from the $33.9 million in bond sales approved by voters would help offset costs for maintenance.

Lyon said administrators curtailed spending for school supplies during the current budget year and a plan has been worked out for the upcoming year to order supplies as a district instead of individual schools.

Lyon said the district expects to use $315,197 from its savings to balance the current budget, in which the district projects $42 million in expenditures and $41.7 million in revenue.

The school board will consider the budget during a special meeting scheduled for 5:30 p.m. Monday via the online platform Zoom.