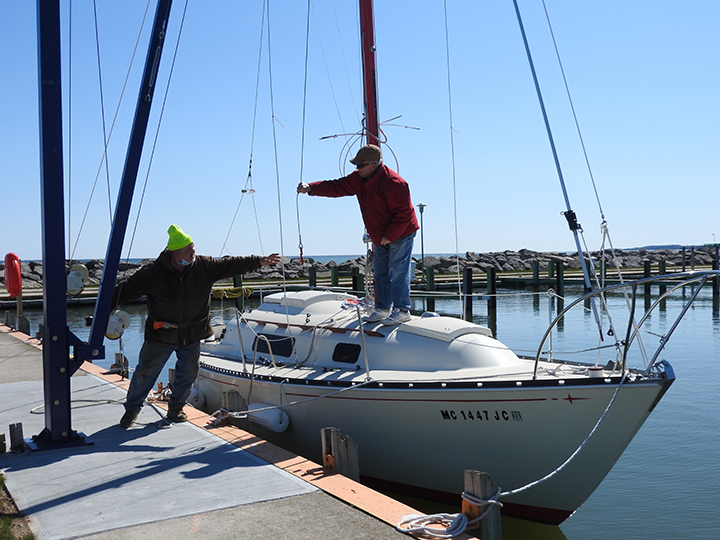 ALPENA — Thousands of Northeast Michigan residents cruise the lakes each summer to soak up the sun and unwind.

Boating had an economic impact of $7.4 million in Michigan in 2018, according to figures from the National Marine Manufacturers Association. That supports 369 businesses and 3,470 direct and indirect jobs in Michigan’s 1st congressional district, which includes Alpena, Alcona, Montmorency and Presque Isle counties.

Michigan Boating Industries Association Executive Director Nicki Polan said, prior to the coronavirus, Michigan was on a 10-year high for new boater, trailer, and accessory sales. Those 10 years of consecutive growth only account for half of boat sales in the state, she said, because there are a lot of previously owned boats sold as well.

Polan said there’s a tremendous amount of boating that occurs in Northeast Michigan. She believes it has to do with the amount of water and the diversity in the types of water throughout the state.

“You have the Great Lakes, which are amazing, you’ve got quiet inland lakes, you’ve got rivers and streams,” she said. “You’ve got incredible fishing. It’s a great opportunity to spend quality time with family and friends, away from all the screens and stresses of life.” 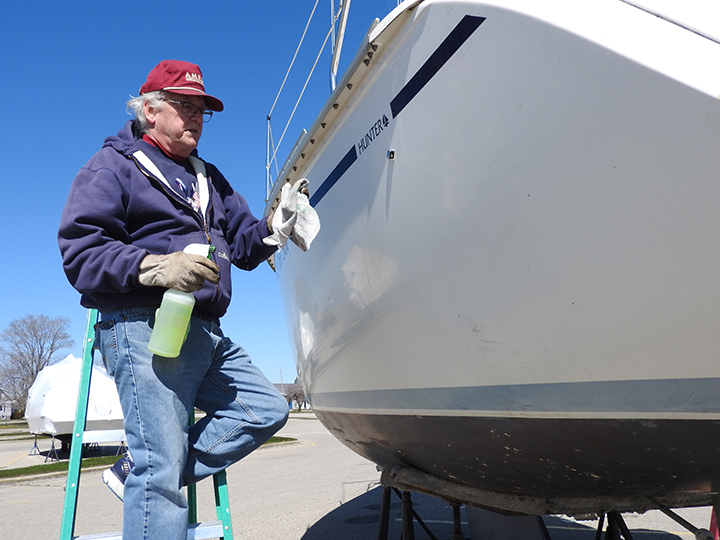 News Photo by Crystal Nelson Interlochen resident Chuck Hoban on May 13 cleans the outside of his boat at the Rogers City Marina.

A report from the Michigan Secretary of State in 2019 showed a total of 14,085 boats from Northeast Michigan were registered with the state mid-year, compared to 14,125 boats registered mid-year in 2018.

The data includes registrations for both recreational and commercial boats, but does not include boats where the registration has expired. Additionally, registrations are renewed every three years.

Steve Dean, and his wife Donna Dean, moved to Alpena from Flushing in 2016 because of the quality of sailing in Northern Lake Huron. He said Thunder Bay allows access to Georgian Bay’s North Channel in Canadian Waters as well as the Straits of Mackinac.

Steve Dean said they love the art of sailing because of the skill involved and it allows them to get away from things. He said once they’re sailing on the water it’s very peaceful.

“There’s kind of a sense of pride and accomplishment when you’re out there because you’re exploring,” he said. “We like to tail around and explore new places, go to new places and pull into a harbor and walk in and see what kind of restaurants are around.”

Polan said the pandemic has impacted boat sales temporarily, and delayed registrations by about four weeks, but said there has been an uptick on the Discover Boating website, which promotes boating.

Polan said people are understanding they’re probably not going to be using their discretionary income to go to Europe, and they’re looking for other ways to spend those discretionary dollars. She said they’re recognizing boating as a very safe, affordable and smart investment in recreation for the family.

“People are understanding the value of this activity and we think once we get out of this COVID situation that boat sales are just going to skyrocket,” she said.

News Photo by Crystal Nelson Interlochen resident Chuck Hoban on May 13 cleans the outside of his boat at the Rogers City Marina.