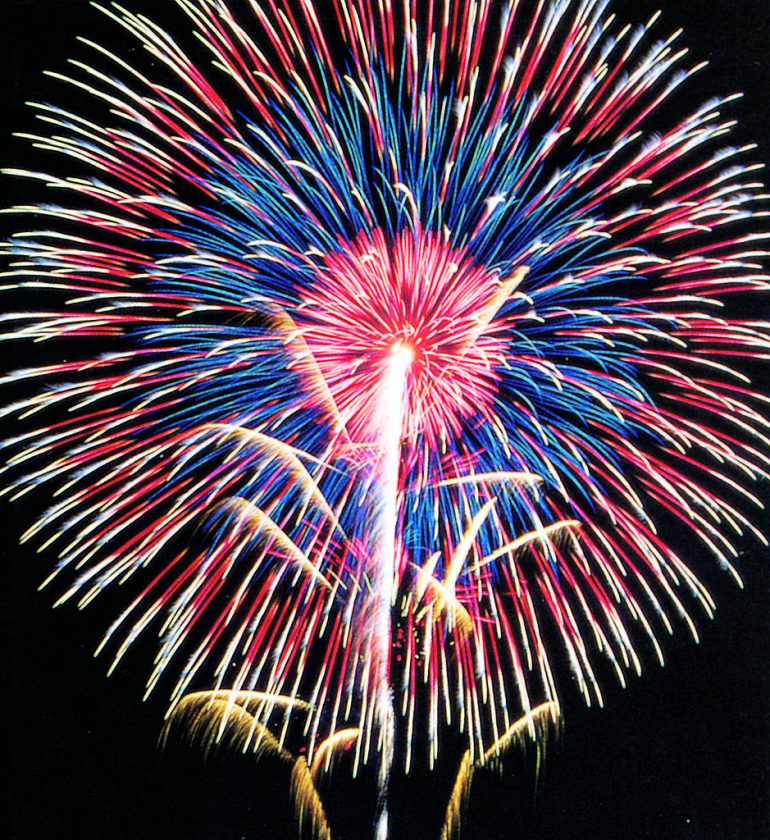 ALPENA — The money for the Fourth of July fireworks display in Alpena has been raised.

In a few days, the picture on when and if the show will go on at its normal time, be pushed back, or be postponed until next year will become clear.

Alpena Area Chamber of Commerce President Adam Poll said a touch more than $12,000 was raised in less than a month. With a $12,000 pledge from Lafarge North America, enough has been raised to put on the same quality show Alpena has enjoyed for the last several years.

The Alpena Municipal Council earlier this month considered canceling the fireworks show over concerns about the coronavirus and related restrictions on large gatherings that had prevented any fundraising. The council ultimately decided to give the community an opportunity to raise the money.

Many rallied and made donations, Poll said, but donations really started to roll in when Lafarge announced what it had up its sleeve.

“That was the spark that really got things moving, in my opinion,” Poll said. “There was a lot of discussion in the community about trying to have them, and I think the businesses heard and stepped up very quickly to support that.”

Poll said one of the conditions set by Lafarge is the donation must go to fireworks that are launched this year. Depending on what happens in the coming weeks with Gov. Gretchen Whitmer’s stay-at-home order meant to prevent the spread of the coronavirus, there is a chance the event could be pushed back to Labor Day Weekend or another weekend.

Whitmer has allowed retailers, restaurants, and other businesses to reopen in northern Michigan if they follow certain safety precautions, but her order that Michiganders stay home unless absolutely necessary remains in effect until June 12.

Alpena Mayor Matt Waligora said the Municipal Council will vote on the fireworks on Monday, when the fireworks vendor needs to know if its contract is renewed.

Waligora said that, to this point, he has received a lot of positive feedback about trying to move forward with the fireworks and hasn’t gotten much, if any, pushback.

He said that city staff, department heads, and other local partners seem to be on the same page — at least for now.

“I haven’t gotten any indication or the impression from anyone about this not moving forward, and that is my stance,” he said. “As long as the governor doesn’t put the kibosh on it.”

Waligora said he believes people are aware of what they need to do to protect themselves and others from the coronavirus and will take steps to do so.

While hundreds of people often cram Starlite Beach to watch the fireworks over Thunder Bay, Waligora said people can see the fireworks from many places in the city and many will be able to see them from home.

Waligora said people can sit in their vehicles, space out six feet or more, and wear masks if they so choose. He said he suspects that, if the fireworks are canceled, people are going to take it upon themselves to purchase and light their own off, anyway, which could be dangerous.

“I’m sure we’ll see an increase in private fireworks use, and that could be a headache for our police and fire departments,” he said.