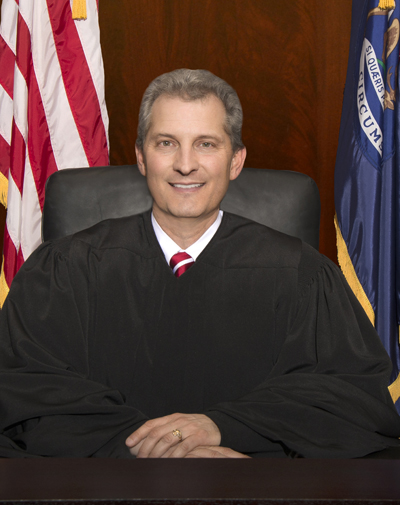 ALPENA — They want to hear your stories.

A Michigan Supreme Court justice, representing a group dedicated to making sure every Michigan resident has the help they need to navigate civil court cases, is coming to Alpena to find out what works in our courts — and to find the gaps where we could do better.

The right to an attorney, even when you can’t afford one, is a well-known tenet of America’s court system.

That right, however, does not extend to civil court cases.

In three out of four civil cases, people represent themselves because they can’t afford to pay an attorney, according to the Justice for All Task Force, a group formed in May by the Michigan Supreme Court to identify — and find solutions to — problems with the way we approach civil justice.

Justice Brian Zahra will be in Alpena on March 25, talking and listening at a town hall meeting at Alpena Community College.

“We’re trying to inventory: Where is there a need? What is it that we have available in every corner of our state to answer these needs? And where can we fill in some gaps?” Zahra told The News.

Unlike criminal court cases, civil cases — landlord-tenant disputes, divorces, custody battles, and more — often proceed without any legal assistance because the parties can’t afford it or because it simply isn’t available.

A trial judge for 20 years before he stepped into Supreme Court robes, Zahra had a close-up view of a gap in the legal system.

On any given Friday, he said, people would come into court without an attorney and with no real understanding of their legal rights. Some helpful resources were available, he said, but he struggled to connect defendants to the help they needed.

Now, the Supreme Court justice, along with the rest of the task force, is trying to learn ? from communities like Alpena — what obstacles confront people making their way through civil court.

Solving the problems they find will mean thinking outside the box, Zahra said.

Technology may offer some solutions, with courthouse self-help kiosks and smartphone apps connecting lawyerless plaintiffs and defendants with legal guidance.

Attorneys can offer limited-scope representation to clients, helping with just a portion of a case — a win for both parties, as the client gets help at a lower price and the attorney is more sure to be paid for work done.

Town hall meetings in Detroit and Grand Rapids have garnered creative suggestions and offered valuable data the task force can use to propose changes in a report they hope to produce by September.

He hopes to hear the experiences of people who have navigated the court system on their own — where they went for help, and whether that help could be found.

Other members of the task force will be invited to the event, as have state Rep. Sue Allor, R-Wolverine, and state Sen. Jim Stamas, R-Midland, who represent Alpena in the Legislature, and local and county officials.

Zahra hopes others come, too.

He wants to hear their stories.

Zahra arranged for the trip to Alpena Judge Thomas LaCross of the 88th District Court invited him to attend a drug court graduation.

The morning after the town hall meeting, the justice will be present as two drug court participants complete their months of rigorous supervision in what Zahra called one of the most successful treatment courts in the state.

Skeptical of the value of drug courts when they were first introduced in 2011, Zahra now calls them a resource that pays great dividends, where participants form a healthy bond with the judge and drug court team and then, if things go well, don’t come back.

The Alpena drug court has one of the best recidivism rates in Michigan, Zahra said.

“What we’ve found is that they work,” Zahra said of drug courts. “You put the time and money up front, and you have less people coming back to court. It just makes for a stronger community and better justice system.”

∫ WHAT: Justice for All Task Force Town Hall Meeting

∫ HOW MUCH: Free to public

∫ INFO: Supreme Court Justice Brian Zahra will listen as community members share their experiences navigating civil cases in the court system without the help of an attorney.

CORRECTION: This story has been updated to reflect that the Michigan Supreme Court formed the Justice for All Task Force.