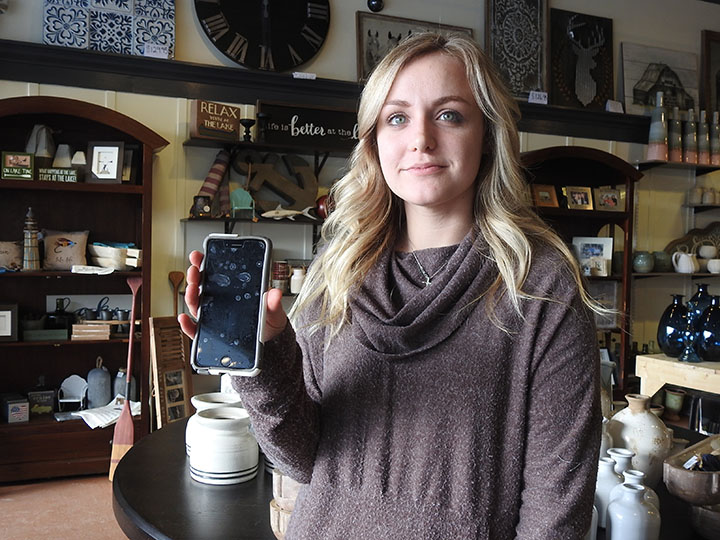 News Photo by Julie Riddle Just don’t answer the phone, said Taylor Truman, retail supervisor at The Rusty Petunia in downtown Alpena on Thursday. A recent spike in phone scams has area police reminding residents to be wary of callers asking for information or money.

ALPENA — Phone, mail, and online scams are rampant and only getting worse, police say.

In the past week, the Michigan State Police-Alpena Post has seen a surge in the number of people reporting being approached by a scammer, according to MSP Trooper Michael Oliver.

About eight people a day have called or visited the post to ask advice or try to recover money lost to a scam, he said.

Once money or information is given to a fraudulent caller or lost to an internet or mail hoax, there isn’t much anyone can do about it, Oliver said. Loss-of-money claims are turned over to the FBI, but the intricate steps used by the people running scams often protect them from being caught.

The people who run phone scams will gladly take the money of the person on the other end of the line. They may ask the victim to purchase gift cards to help a loved one supposedly in trouble, or promise mega-winnings from Publisher’s Clearing House, if only the victim agrees to deposit a fake check and then send some of it to someone else.

Scams are also a fishing expedition for personal information — or even for a voice.

A caller may ask an innocent question: Do you want a better rate on your car insurance?

The reply, often an unsuspecting “yes,” is recorded, and the scammer can, in turn, use that recorded word to authorize an expenditure, leading to bills and collection notices for the victim, Oliver said.

Tax season is a target time for phone scams, scammers claiming to be the Internal Revenue Service and demanding sensitive information.

Many a taxpayer has tried to file his or her taxes only to be notified that someone has already filed in their name, according to Lt. Eric Hamp, of the Alpena Police Department.

The result is a headache for both the IRS and the legitimate taxpayer, who now faces a delay and has to wade through a stack of paperwork to clear up the complication.

Scam calls are nonstop, said Taylor Truman, retail supervisor at the Rusty Petunias store in downtown Alpena. Even if she doesn’t answer the calls, they keep coming.

“Sometimes, I want to answer just to tell them to stop calling,” Truman said.

Recorded calls seem like they can’t have any benefit for the caller, but they must be some kind of scam or they wouldn’t keep happening, said Doreen Thomas, dropping off some flowers at the store Thursday.

“I don’t get what they get out of it,” Thomas said.

The more you interact with spammers, the more likely they are to call back, Oliver said.

While lost money and information are hard or even impossible to get back, residents can take important measures to help prevent loss in the first place, police say.

If you don’t know the caller, don’t answer, Oliver said. While many people feel ignoring a ringing phone is rude, caution has to take precedence over perceived politeness.

Before sharing any information about yourself, verify the source of the call, Hamp said, and don’t take the caller’s word for their identity. If you — or they — can’t prove who they are, hang up.

“It seems like, as much as they’re trying to get money, they’re also just trying to disrupt people’s lives,” Oliver said. 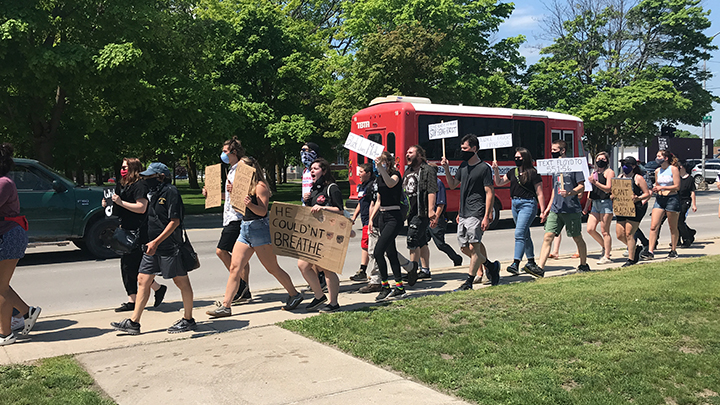 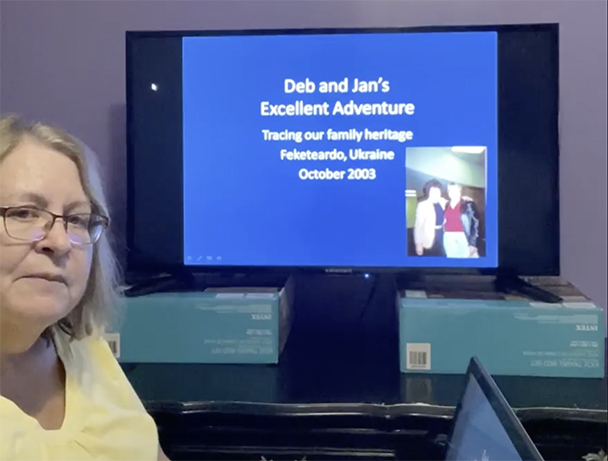