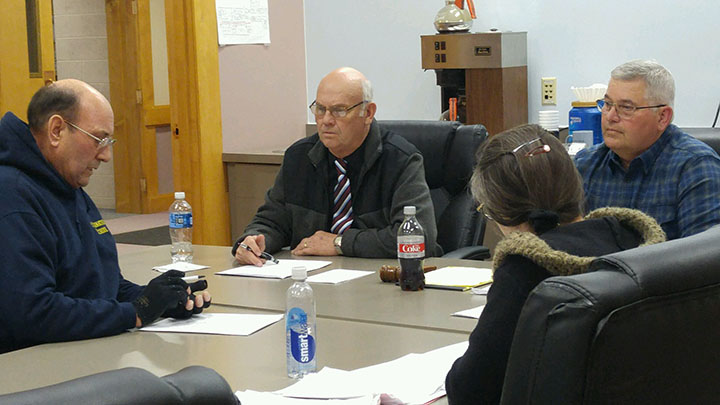 ROGERS CITY — The Presque Isle County Board of Commissioners on Thursday took action on a pending lawsuit and approved a couple letters of support for countywide recycling and conservation efforts.

The Presque Isle County Board of Commissioners voted 4 to 0 on Thursday to allow its attorney to continue working on the lawsuit brought against the county by an Oakland County man who claims the county breached a contract by allowing the Leo E. Goetz Airport in Onaway to close.

Oakland County resident Anthony Wyatt is suing the county for more than $25,000. Wyatt claims the county violated the terms of his lease for hangar space at the airport by allowing the property to fall into disrepair and close before his contract was set to expire on Dec. 31, 2020.

The county has since deeded the property over to Presque Isle Electric and Gas Co-op so the nonprofit utility could build a new headquarters and service center there.

Chairman Lee Gapczynski refused to comment on whether the county had received an offer from Wyatt’s attorneys to settle the lawsuit.

Commissioner Mike Darga said the next court date is in May.

Commissioners briefly met behind closed doors prior to the vote. Commissioner John Chappa was not in attendance.

Also on Thursday, the board said it will support the Northeast Michigan Council of Governments in applying for a grant to help reduce the amount of non-recyclables going into the bins.

Darga said there are funds available from the Michigan Department of Environment, Great Lakes, and Energy in cooperation with The Recycling Partnership. He said the grants could pay for things like new signage, decals stating what can happen if people leave garbage at the sites, and a couple of trail cameras.

“It’s something that’s not going to cost us any money,” he said. “It will help us a little bit getting information out there to inform the taxpayers, plus the recycling with the correct way to recycle.”

Valerie Meharg, district manager with the Conservation District, said officials initially sought to repair the dam to its original state but could not get a permit through DEGLE.

“The water behind the dam is so warm now that it’s killing all of the fish and it’s just not a healthy habitat, anymore,” Meharg said. “So we’ve been working with the (Michigan Department of Natural Resources), the U.S. Fish and Wildlife to come up with a solution.”

Meharg said U.S. Fish and Wildlife required the Conservation District to have some kind of structure in place to block lamprey from swimming upstream. She said the plan is to modify the dam with a seasonal structure that will block the river when the lamprey are moving, but remove it when salmon and the steelhead are moving.

Meharg said having a letter of support will help them apply for grant funding.

Celebrate the sounds of freedom

‘A slap in the face:’ Goya faces boycott over Trump praise