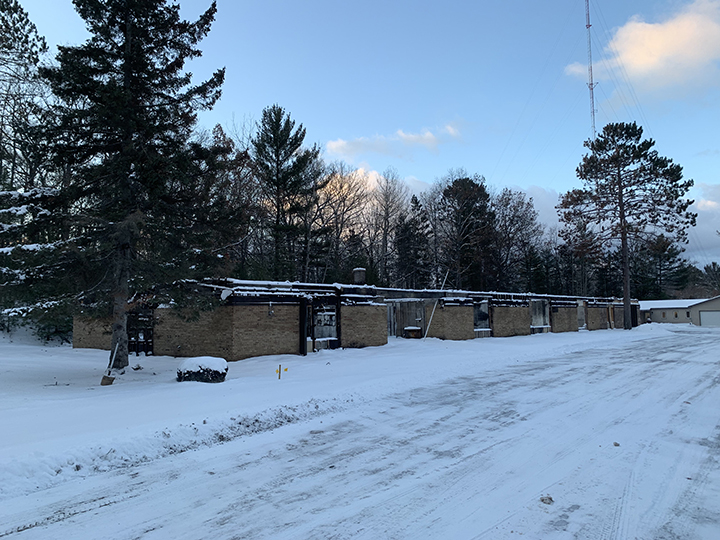 Courtesy Photo The Cheboygan-Otsego-Presque Isle Educational Service District administration building is seen recently in Indian River in this photo provided by the district. The building went up in flames on Sept. 20.

INDIAN RIVER — The Cheboygan-Otsego-Presque Isle Educational Service District has worked the past few months on a plan for a new administration building.

The current building, located in Indian River, went up in flames on Sept. 20. An electrical issue at the front end of the building caused the fire, officials said.

The ESD serves 10 K-12 school districts and about 9,000 students in Cheboygan, Otsego, and Presque Isle counties, including Onaway, Posen, and Rogers City schools.

A bid to demolish the building was approved by the ESD Board of Education in December. The contract was awarded to E.F. Wilkinson, of Cheboygan, for $29,500, which ESD Superintendent Jamie Huber said was the lowest bid.

“This cost will be reimbursed by our insurance carrier once the work is completed,” Huber said.

Demolition should be completed in the next month or so.

Huber said insurance is covering the cost of a new building with similar finishes. The insurance company is helping the district start with a blank page for the new building design.

“While the new building footprint will be a ‘U-shaped design,’ we are working to closely match the same square footage as a parameter for replacement cost coverage,” Huber said.

The district is looking to add about 1,100 square feet to the new building design. Those costs would be covered by the district. Huber said the exact costs will be determined once bids are reviewed and contracts are formally approved by the district’s board in the upcoming months.

Huber said staff has helped with design of the new building. Five staff groups have provided input to the district’s architect, Cornerstone Homes, of Traverse City, as part of the ongoing design process.

“This input was gathered back in December and was gathered from staff that had offices in the building prior to it being destroyed,” he said.

District employees are working at the K-12 school districts throughout the three counties. Huber said those districts have opened their doors since the fire in September.

The district is hoping to have the building completed and in use by January 2021.