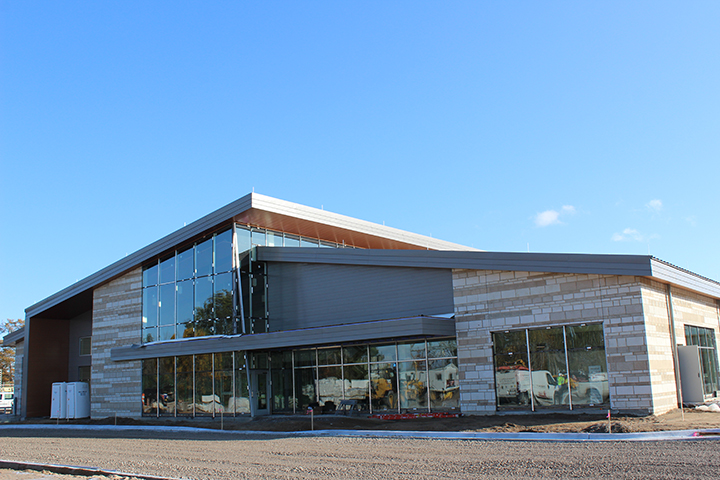 News File Photo The new terminal at the Alpena County Regional Airport is seen under construction in this October 2019 News archive photo.

ALPENA — The first flight to take off from Alpena County Regional Airport’s freshly built terminal was scheduled for this morning, but a snafu involving the installation of technology by SkyWest Airlines and the U.S. Transportation Security Administration has forced operations at the new facility back until March 2.

Airport Manager Steve Smigelski said the facility itself is ready for passengers, but the airline needs to have data connections and a data cabinet installed, which will take some time. He said TSA needs extra power to its security checkpoints, which will require some small modifications to the building.

Alpena County Commissioner Bob Adrian, chairman of the airport committee, said the revelation is unfortunate, but it is out of the county’s hands and had nothing to do with the county or the contractors hired to build the terminal.

“We’re ready to go,” Adrian said. “There will only have to be simple modifications to the building, but I think it is going to take some time for the people that need to do the work to have the time to do it. I didn’t think it would take this long, though.”

“It’s unfortunate, and it isn’t the county’s fault,” Smigelski said. “But it will be business as usual at the old terminal until we can move over to the new one.”

The airport was in line to receive its new passenger boarding bridge, which will allow flyers to use the ramp to board the plane right from the terminal. Currently, passengers have to go outside and climb stairs onto the jet. Adrian said that is going to enhance the travel experience for those choosing to fly to and from Alpena.

“It is going to make boarding the plane much easier, especially for seniors or people who are handicapped,” he said.

The $13 million terminal was made possible by a grant from the Federal Aviation Administration, which covered 90% of the costs. The Michigan Department of Transportation and the county each cover 5%.

Alpena County is also on the hook for any costs related to areas of the terminal where the public doesn’t have access, but that space is limited.

Overall, Adrian said, there have been few issues during the construction process. For a project of that size, he is pleased with how smoothly it has gone.

“The issues we have had have been small,” Adrian said. “We had a few change orders early on, but they weren’t anything big or expensive. It has gone really smooth.”

Smigelski said there will be an official ribbon-cutting once the terminal is up and running.