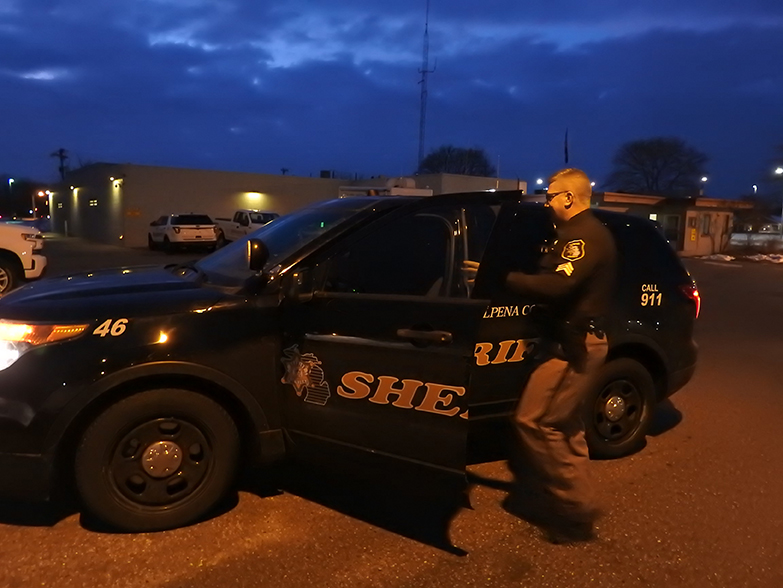 ALPENA — Sheriff’s offices in Northeast Michigan are breathing a sigh of relief as funding is expected to be restored for several police-related programs.

In September, Gov. Gretchen Whitmer vetoed a historic nearly $1 billion from the 2020 state budget. Whitmer, a Democrat, had said the budget sent to her by the Republican-controlled Legislature was “a mess” and much of it was unenforceable.

About half the vetoed funds would be restored under an agreement struck by Whitmer and the Legislature. Both chambers of the Legislature have passed the bills and Whitmer is expected to sign them.

Those restored funds include money earmarked for county sheriffs for secondary road patrol and jail reimbursement.

Since the 1970s, county sheriffs in Michigan have received grants to help cover the cost of deputies assigned specifically to patrolling non-primary county roads.

Northeast Michigan sheriff’s offices have designated an officer to patrol secondary roads, with the help of funding from the state. Earlier this year, with the future of that funding up in the air, local sheriffs were worried, according to Alcona County Sheriff Scott Stepenson.

“What the heck are we all doing in the meantime?” he and his colleagues wondered, he said, as they wrestled with how to best provide for county safety and still pay the bills.

The state money has meant $37,000 in Alcona County’s coffers each year to pay a portion of an officer’s salary. Since Whitmer’s vetoes, the department has continued to maintain 24-hour road patrol, including on secondary roads, with the county eating the extra cost.

Having that nearly $50,000 back means lesser-used Alpena County roads — and some higher-traffic roads, like Werth and French roads — will once again receive the attention of an on-duty officer.

In addition to secondary road patrols, state funding has also been restored to the county jail reimbursement program.

In some cases, a defendant who receives a sentence substantial enough to qualify him or her for prison time may, instead, be left in the county jail to serve their time. Because the daily cost of prison is more than that of jail, the state, to save money, contracts with county facilities to house inmates locally, reimbursing them for the cost.

The potential loss of that funding meant $107,487 to Alpena county, Kieliszewski said.

Whether they have funding or not, jails still have to operate, providing food, shelter, and medical care for inmates.

Letting a corrections officer go to make up for the lost funds wasn’t an option, Stephenson said, as the jail is required to be staffed by two guards at all times, no matter the jail population.

Because that population is often low — Stephenson said his county is often begging for inmates from overcrowded jails — very little income is generated to offset missing state reimbursement money.

Alcona used to take in inmates weekly from the Oakland County Jail, Stephenson said. What was once a $100,000-a-year source of income for the county has dwindled, he thinks largely because of the rise in diversionary programs like drug court and because some misdemeanors, such as marijuana use, in particular, are no longer putting people behind bars.

When word of the potential for state jail reimbursement money got around, Stephenson said, area sheriffs wrote letters to local judges, asking them, contrary to what had been done in the past, to consider not allowing sentenced defendants to stay local if their sentences could indicate a prison stay.

At $50 per day, or as high as $70 per day for higher-security inmates, the money reimbursed to the county by the state helps with the struggle to keep counties’ budgets from maxing out.

Where the money would come from to do their work was a hot topic among local sheriffs in recent weeks, Stephenson said, with many worried about the impact downstate decisions can have on Up North citizens.

“Not just the sheriffs, but the local governments were really held hostage with these vetoes,” Stephenson said. “It’s a political game down there, I realize that, but it’s a lot of money for us. And we can’t afford that.”

Searching for a winter’s smile