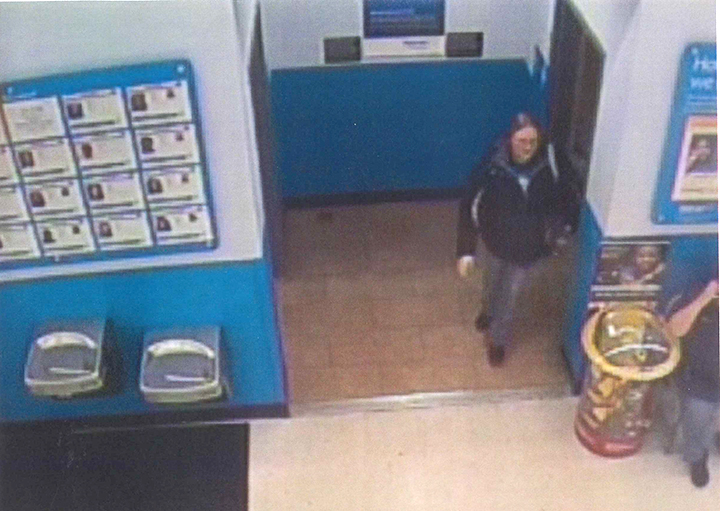 Courtesy Photo This image provided by Crime Stoppers shows a woman being sought by police for questioning in the theft of money and other materials from a found wallet before it was turned in at the Alpena Walmart.

A woman caught on camera tampering with someone else’s wallet is being sought by the Michigan State Police.

The public is asked to help identify a woman recorded on security footage at the Alpena Walmart finding a wallet left in a shopping cart, taking it into a restroom for five minutes, and then turning the wallet in to store employees. Cash, a Medicare card, and checkbook were missing from the wallet, according to the victim.

The suspect is a white female in her mid-40s, with long brown hair and glasses.

Anyone with information is asked to call Crime Stoppers at 1-800-422-JAIL.