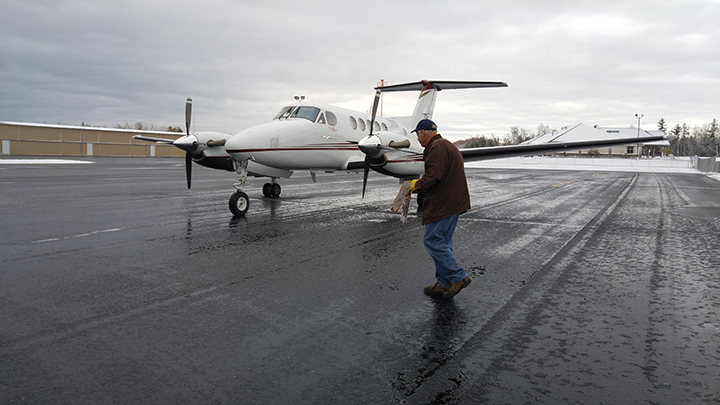 ROGERS CITY — Presque Isle County officials do not want to see the Rogers City Airport go the way of the Leo E. Goetz Airport in Onaway, which recently shuttered and was given to the Presque Isle Electric and Gas Co-op.

That’s why Rogers City Airport Manager Al Stiller is taking a hard look at what can be done to increase air traffic and boost revenue at the airport.

“Onaway was an example of what happens to an airport when there is no development plan, because they just can’t survive on hangars and fuel sales — not in this day and age,” he said.

Stiller has worked with Target Alpena, the regional economic development firm, in attempts to increase traffic and revenue at the airport, which might allow him to pay for upgrades to further future investments.

Still would like to attract an aviation shop capable of performing maintenance on planes, which would generate some revenue for the airport. 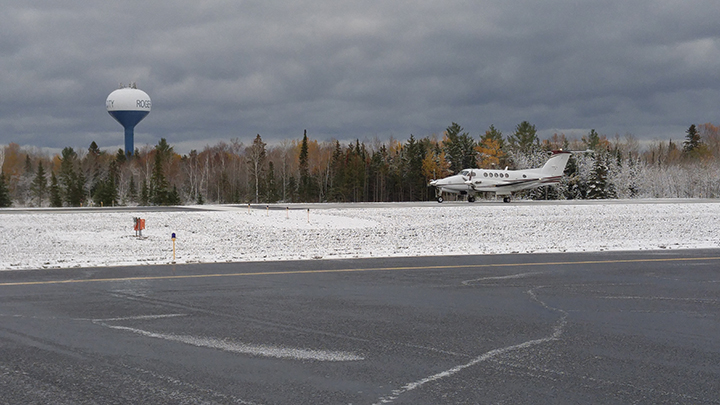 Such revenue would allow the airport to pursue other projects, such as a larger hangar for corporate planes, like a Beechcraft King Air twin engine. Such airplanes currently fly into Rogers City for short visits, but cannot be housed there overnight or longer.

Stiller, who is also a pilot, says the planes need to be out of the weather in the winter.

Stiller Presque Isle County’s airport is not considered a large airport, unlike the Alpena, Traverse City, and Detroit Metro airports, and does not receive the level of government subsidies those airports do. Rogers City also does not offer commercial passenger flights, unlike those airports.

Stiller said the airport receives the majority of its funding from the county, with some coming from the state, and earns some revenue from fuel sales, hangar rental, and landing and ramp fees assessed to charter planes.

“A combination of that and what the county can provide in funding is what we operate on,” he said. “It’s not a huge budget, by any means, but it’s sufficient to maintain the airport as it is. It just isn’t at a level that can grow the airport. That’s what I’m exploring, trying to find ways and means to increase the revenue so we can have something for some growth.”

Stiller said the airport does not typically receive federal funding, unless it’s for something specific. He said airports must have at least 10 aircraft based on the field to receive that funding.

“A large hangar like that would give us the opportunity to make some revenue off of an aircraft flying in, hangaring overnight or for days, and, in the summer, I would maybe be able to accommodate three or four small, single-engine aircraft in that,” he said.

The airport was recently able to acquire a courtesy vehicle that pilots or passengers who arrive at the airport are able to use briefly while they are town. Stiller said they were able to get the vehicle from the Presque Isle County Sheriff’s Office.

Stiller said the volume of aircraft traveling to and from the airport is not what it has been in years past and has been difficult to track, because not every pilot signs in on the log book.

He said between a group of former pilots who keep an eye on the airport and trail cameras estimate about 300 airplanes have visited the airport over the last three years.