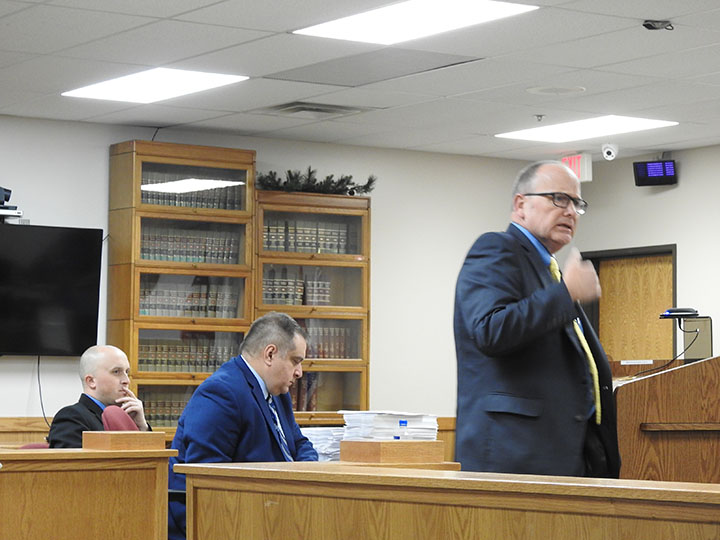 ATLANTA — A jury trial began Wednesday in Atlanta to determine if a former sheriff’s deputy is guilty of sexually assaulting an acquaintance.

Daniel Oelfke, employed until early 2019 at the Montmorency County Sheriff’s Department, is charged with criminal sexual assault following an incident in September 2018 during which he allegedly accosted a fellow county employee after he offered her a ride in the middle of the night.

The News does not name alleged victims of sexual assault.

The prosecution described a young woman who, after an evening at a bar, needed a ride from a friend — a woman who would later be shocked when that friend pushed her against a truck and sexually assaulted her with his hand.

In contrast, the defense characterized that same woman as a liar who led the defendant to believe his actions were an acceptable part of an ongoing relationship between the two of them.

The jury was not going to like the defendant, the defense attorney told the 12 jurors. During the trial, he said, they would hear about problems with alcohol and an unflattering track record with women.

“He’s a bad guy, but he’s not guilty of this,” the lawyer told them, later correcting himself to say Oelfke was “a bad boyfriend,” not a bad guy.

The alleged victim, a Montmorency County employee and former coworker of the defendant, took the stand Wednesday and told the jury her version of the events of the early morning hours of Sept. 30, 2018, when, she said, Oelfke assaulted her in the driveway of her home.

According to her testimony, she spent the evening of Sept. 29 with friends at an Atlanta bar. When she was ready to leave after multiple drinks, a friend took her car keys and insisted on driving her home in his vehicle.

Several hours later, the woman, who works overnight shifts and is accustomed to being awake during the night, texted several friends, requesting a ride back to the bar to retrieve her car so she could pick up her child the next morning.