That’s the philosophy that drives Alpena’s Sexual Assault Response Team, or SART, which has assisted survivors of sexual assault since the team was developed in 2016.

Whether they know it or not, survivors of sexual assault have an army of people behind them, prepared to offer help in a terrible time, according to Kristen Fries, crime victim assistance coordinator with the Alpena County Prosecutor’s Office.

“Knowing that you have capable people in your corner is huge,” Fries said.

Fries is one of the member participants at SART meetings, held every other month in a small room at the hospital. Doctors, nurses, victim advocates, police officers, and prosecutors all gather to discuss, learn, and plan, preparing themselves to react in the best possible way when someone is hurt by sexual violence.

The purpose of the team is to create a well-oiled machine, Fries said, one that is ready to help a victim through the many stages that follow an assault. The group analyzes the way their individual organizations have responded to assaults, finding weaknesses that could be improved and noting successes that can be repeated.

There is no one way to respond when a person has been sexually abused, according to Victim Advocate Julie Jackson, because “there is no textbook survivor.”

SART members know their agencies need to be prepared to meet a variety of needs, and coordination helps provide the best possible outcome for each individual survivor.

When SART is activated by a call from a police agency or, more commonly, the hospital emergency room, police, who receive regular training on how to best help someone who has been through trauma, are called to take information from the victim. At the same time, an advocate from Hope Shores is alerted.

On call 24 hours a day, victim advocates are trained to support those traumatized by sexual assault or domestic violence. When activated as part of a SART response, they head to the hospital to be there in whatever way they are needed.

A sexual assault survivor is in control of what happens at the hospital, Fries said. Survivors decide whether a sexual assault forensic evidence exam (commonly called a rape kit) is performed, how much of their bodies may be tested, and whether any information obtained may be released to the police. Rape kits are kept at the hospital for a year, allowing victims to take their time deciding what they wish to do with that information.

Survivors also decide what emotional support they want to have at their side in the ER. Victims may choose whether they want an advocate to be with them while they are in the hospital. If not, the advocate will stay in the waiting room — for hours, if needed.

Once out of the hospital, a victim may need a wide variety of resources, and multiple agencies need to be ready to offer as much assistance as the survivor chooses to accept. That’s why SART exists, “to make sure everybody knows their part and nobody falls through the cracks,” Fries said.

Since the development of SART, the team has been activated nearly 70 times.

Hopefully, Fries said, reporting of assault will continue to increase because victims are being reassured that, if they report, they can receive the support they need during a difficult time.

“If the unimaginable happens to them, there are people there that are going to help them get through it, from beginning to end,” Jackson said. “They are not alone.” 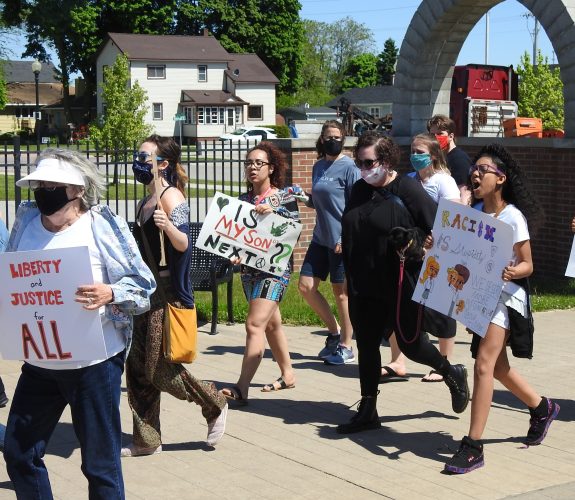