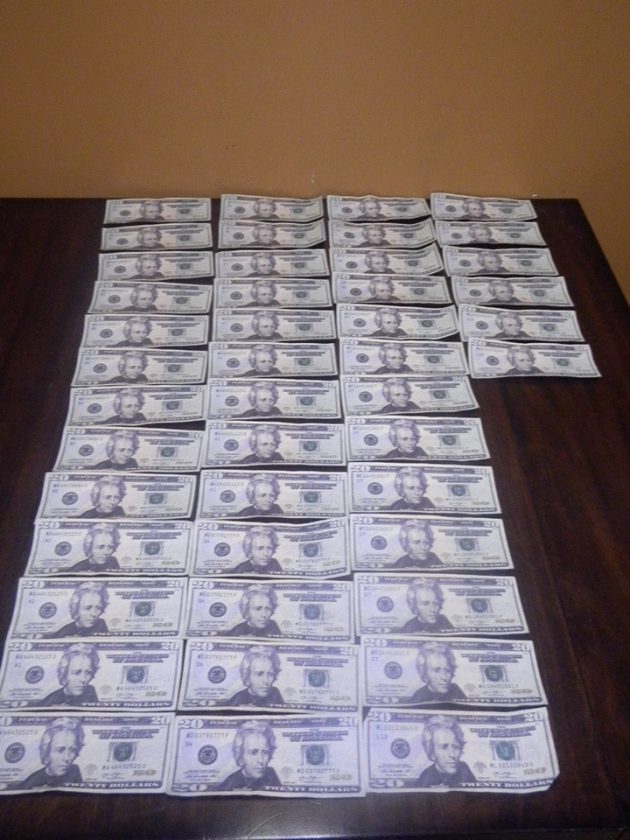 Courtesy Photo This photo provided by police shows $900 in fake $20 bills confiscated from an Alpena man.

After The News reported on Sept. 11 that fake $20 bills had been discovered at the downtown Alpena Dollar General, many area businesses contacted local law enforcement indicating they, too, had been given counterfeit bills, police told The News.

A city police officer making a traffic stop of a motorcycle Friday received backup from a nearby sergeants from the Alpena County Sheriff’s Office. The sergeant, who had been reviewing footage from a store surveillance camera, recognized the motorcyclist from the security videos he’d just been watching.

“And there you go, there’s a suspect,” said Undersheriff Eric Smith. “Good police work on the city’s behalf and ours.”

Cameron Gardner, 25, was arrested by the city officer on unrelated charges and lodged in the Alpena County Jail. Meanwhile, a search warrant allowed police to search a house on South 1st Avenue associated with Gardner, where printed $20 bills totalling $900 were discovered.

Numerous complaints of counterfeit money paid to area businesses were received by both the Alpena County Sheriff’s Office and the Alpena Police Department during the past week or two, Smith said. Many businesses didn’t identify the fake money immediately, instead notified of the fraud by their bank after making a deposit.

Sheriff Steven Kieliszewski called it the most counterfeit cash he’s seen being passed in the Alpena area in his 32 years at the sheriff’s office.

The U.S. Secret Service is always notified of counterfeiting, including in this case, Smith said. The federal agency has access to a national database of information about fraudulent money and can notify local agencies if an incident matches similar situations in other parts of the country.

Gardner has a prior history of fraudulent activity. In 2013, he was convicted of felony identity theft in Corunna, near Flint, and in March of this year he was convicted in Pontiac courts of passing counterfeit bills.

Police continue to investigate. Anyone with additional information is asked to contact either Alpena County Sheriff’s Office Deputy Michael Lash at 989-354-9830 or Alpena Police Det. Sgt. Steve Davis at 989-354-1800.

Gardner is currently lodged at the Alpena County Jail on a $300,000 bond.