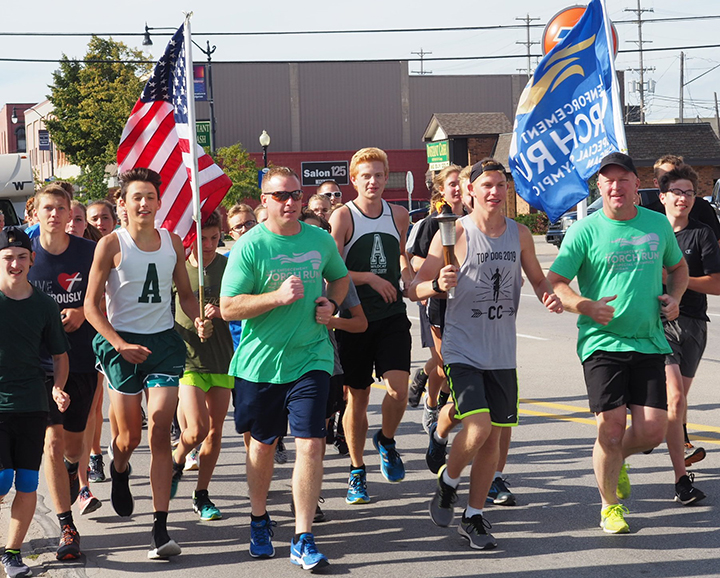 Alpena joined more than 40 communities around the state in the annual event, a cheerful herd of runners following a police escort down Chisholm Street and State Avenue.

Weston Domke, 17, participated in the run for the third time on Monday. He and his teammates arrived at the Public Safety Building for the start of the run already warmed up after a two-mile run from the high school.

Domke, like most of the team, enjoys the annual run simply because it’s a chance to pound the pavement. It’s also important, though, to help other people when you have the chance, the runner said.

“If they can’t do it for themselves, who else is going to do it for them?” Domke said as he and the team stretched before the run..

Senior Kaylee Rondeau, 17, has participated in the torch run for four years. Running is therapy, she said.

At the Alpena Township South Side fire station, where the run ended, runners were rewarded with pizza and thanks.

Many of the cross country team members bring monetary donations to the run, coach Joy Bullis said. She asks the teens to participate in the run each year to give them something positive to do for the community.