Diseased trees to be removed from Sunken Lake Park 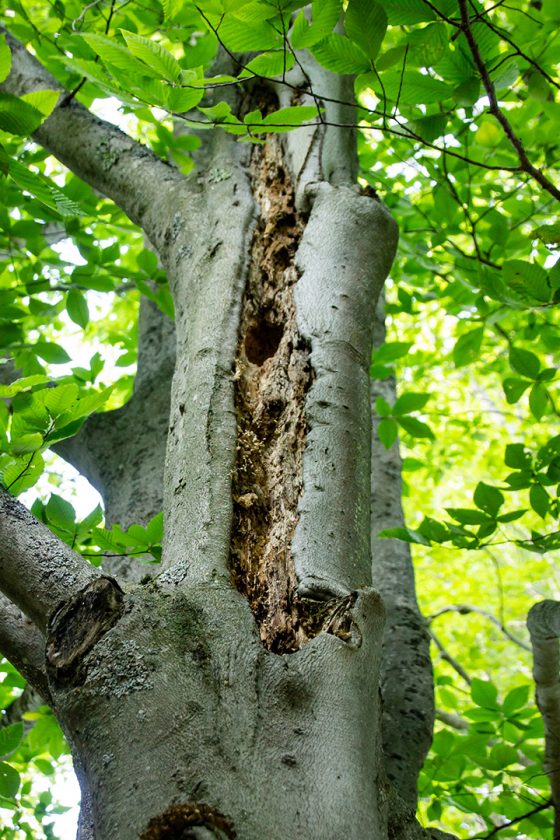 ALPENA — Four of five acres of forest at or near Sunken Lake Park in Alpena County are infested with a disease that could have major impacts to the health of the woods.

Officials hope removing all of the beech trees in the vicinity of the park will help reduce the risk of the trees dying and threatening the safety of campers, hikers, and others who visit the area because disease-weakened trees are more prone to falling. It isn’t immediately clear when cutting will begin.

Sunken Lake Park Committee Chairman Chuck LeFebvre said many of the trees have been stricken with beech bark disease, which is caused by a non-native beech scale insect feeding on beech bark, creating cracks through the trees. Within 10 years of infestation, between 50% and 85% of infected beech trees will die. The disease can spread to other trees as the insect is displaced via the movement of infected wood or from wind or moving water.

LeFebvre said crews will harvest dying trees to limit the spread of the disease. If no action is taken, the number of sick trees is likely to climb and, as those trees become more ill, they will become dangerous for anyone using the forest for recreation, LeFebvre said.

“Dead beech trees are very dangerous, because they have huge crowns and, when they get rotten in spots, the wind can bring them down,” he said. “It is a liability for us, but the last thing we want is for anyone to get hurt or even killed.”

A forester has already gone through the infected area and preliminarily marked some trees that would be targets for harvesting, LeFebvre said. A licensed forester still must go through to confirm those marked trees before they can be felled.

The Michigan Department of Natural Resources says there are 32 million American beech trees in Michigan, and about 2.5 million have been killed by the disease to date. Much of that loss has been in the eastern Upper Peninsula. Newly infested beech forests are reported in the Lower Peninsula every year.

Alpena County Parks Commission Chairman Jeff Kowalski agreed action needs to be taken sooner rather that later because, once the trees are deceased, they become a health risk.

“If we do nothing, we are going to have a forest full of standing-dead trees, and acting relatively fast is important,” Kowalski said. “We’re doing our due diligence and not trying to rush, but the clock is ticking.”

Kowalski said the harvest will be limited to beech trees. He said leaving some is not a good idea, because it is likely that symptoms of the disease will begin to show on the ones that appear healthy now.

“Basically, we are going to have to remove all of the beech trees, because, once one gets infected, they all pretty much do,” he said. “That is why it was important for us to have a good forest management plan, which we do. It will allow us to get out there and do what we need to do to combat this.”

According to the DNR website, there are several things people can do to help reduce the spread of the disease. It says people shouldn’t move beech firewood or logs from infested areas to unimpacted areas.