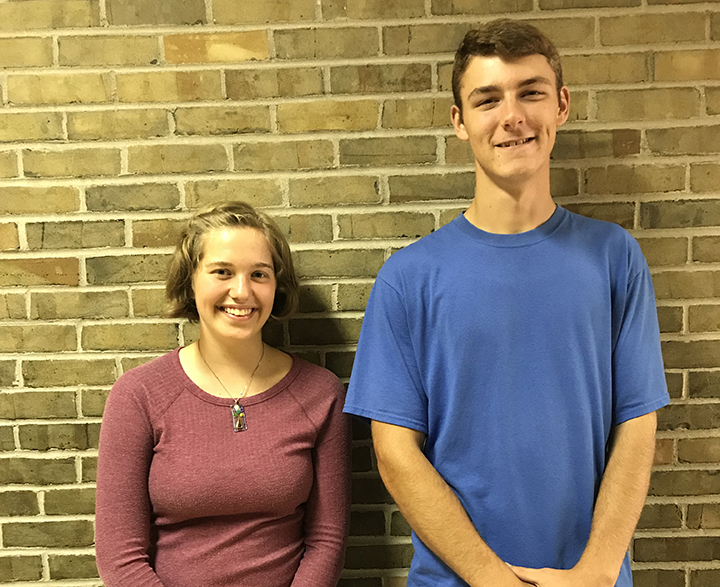 Matthew Fisher and Emeline Hanna are two of 16,000 semifinalists in the country, the school announced last week. They are competing now for around 7,500 scholarships worth more than a combined $31 million.

“It’s pretty nice,” Fisher said Monday. “I was kind of surprised at first. I wasn’t expecting anything. I figured I had a decent chance, because my scores were pretty high.”

Hanna, who plans to pursue a career in nuclear engineering, said the pair were called to the office by Principal Tom Berriman and didn’t know what to expect until Berriman told them the good news.

“I was just really surprised, but then the next day a bunch of people were like congratulating me and stuff, so it felt good,” Hanna said.

Berriman said the news shows the type of kids the high school has. He said they’re both great kids and involved in the school.

“They’re just top-notch kids,” Berriman said. “It’s just more proof of the kids we have in Alpena, and we’re real proud to have kids like that.”

Fisher and Hanna continue a string of semifinalists for Alpena High. Clay Donajkowski and Sam Tuscher were named semifinalists last fall and then finalists in the spring.

Fisher, who plans to study audio engineering in college, said it’s cool to keep the streak going for the school.

“They don’t just show up at the high school as freshman and gain these skills to be scholarship winners,” Berriman said. “It’s something that goes from the day they step into kindergarten. Every teacher that these kids have had from kindergarten through now have had a role in this honor.”

To become a National Merit finalist, Hanna and Fisher must submit an application which provides information about their academic record, participation in school and community activities, demonstrated leadership activities, employment, and honors they have received.

Those winners will be announced starting in April.

America, it’s time to grow up!